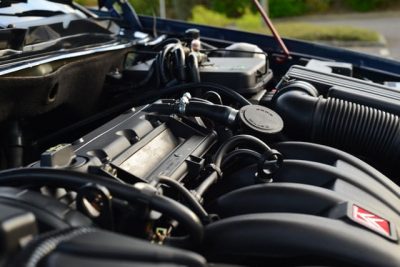 There is nothing more exciting than driving a Chevy truck that runs on the 2.8L Duramax diesel. This is due to its powerful 181 horsepower output and other impressive performance numbers, making it an ideal choice for people who love small engines with an aggressive delivery.

Being fortified with a lot of juicy features, it may come as a bit shocking that the 2.8 Duramax Problems sometimes may seem out of control by a user. Despite being popular in the automotive space for its outstanding features, the 2.8 Duramax is laden with inefficient towing, sensor failure, and the Exhaust Gas Recirculation part clogged.

We will be examining some of these problems, and if you’re having a challenge getting a solution, you can rely on some of the tips we provide in this post.

The 2.8L Duramax engine was designed using an iron cylinder block, further reinforced by an aluminum head. It also features a forged steel crankshaft and connecting rods in its design.

For increased pressure, it uses an oiling circuit responsible for its fast oil delivery and efficient lubrication.

In 2014, the engine’s pistons were redesigned, and a standard 3-ring design was introduced, which was joined with the cooling oil jets to enable the engine to meet the new emissions standards.

Its other features include a steel oil pan with an aluminum section that gives the engine its rigidity.

The turbocharger used in the engine is the high-quality Variable Geometry Turbocharger (VGT), designed by Honeywell.

This boosts the power of the engine across its RPM band. For reliability, the turbocharger of the 2.8L Duramax is water-cooled, minimizing heat when the engine is running at high speeds.

This super engine comes with other impressive features that account for its reliability and durability, which are:

What Are the Major 2.8 Duramax Problems

This causes the engine to struggle severely sometimes. There are various sensors in the 2.8 L Duramax, each one of them with different duties.

Your vehicle computer then extrapolates this data to adjust the air/fuel mixture.

If your 2.8L Duramax has faulty oxygen sensors, it’ll cause your vehicle to receive the wrong information. The effect of this is reduced mileage or low engine power.

An intake manifold is one of the most important parts of your engine. Its duty is to send the air/fuel mixture to the engine cylinders.

It essentially acts as the mixing chamber of the fuel and air.

When carbon builds up, which the 2.8 L Duramax is notorious for, this will negatively affect the engine efficiency. This is why cleaning it periodically is important.

Even though this might not be a recurring problem in the 2.8 Duramax, a few users have complained of the engine sputters one time.

Several parts of an engine ensure smooth running, but sputtering or misfiring is often an impediment.

For your 2.8 Duramax, like any other engine, to run properly, the correct amount of air and fuel must mix and burn in the engine’s combustion chamber.

For this to function properly, a few components in the ignition system must work cohesively.

Not as regular as the sensor problem, but a timing chain failure can definitely be a pain in the ass for you.

The timing chain is one vital part of your engine, and if it fails, your engine’s performance is significantly affected.

The timing would need to rotate unhindered and round your gears for your engine to function properly. If your timing chains are faulty, there would be some clear symptoms.

A problem with the timing chain would make the engine produce disturbing sounds while it’s running. In some cases, it may cause the engine to misfire.

In other cases, the engine lacks power and is hesitant to kickstart.

You will also notice in the engine oil and metal shavings. If you notice any of these, you have to take the right steps at once.

If your water pump is damaged, you need to replace it immediately. Your best option is to find a water pump that has an iron impeller.

This is because iron pumps with an impeller are more durable than ones without it. They also perform better.

You may need to replace your water pump housing and thermostat for cooling issues, especially with an engine like the 2.8L Duramax.

If you’re confronted with a faulty injector, which Duramax engines are notorious for, the best and permanent solution to this problem is to have it changed entirely.

Injectors are tucked between serval other engine components, which is why changing them isn’t DIY-friendly. You need to get the help of a technician.

If you have a malfunctioning sensor, all you need to get it back on the performance track may just be to clean it with a clean, dry rag.

If the problem doesn’t seem to go away after this, then it calls for replacement.

A new lift pump also definitely improves the performance of the engine and reduces emissions which many users of the 2.8L Duramax have complained about.

Your 2.8 Duramax, like any other car engine, needs to be properly maintained to enable it’s smooth running. These are some of the maintenance tips to boost the lifespan of your Duramax engine:

This is the easiest of all the maintenance practices to carry out. Your engine needs sufficient oil to keep all the parts well lubricated and functional.

With good oil, wear and tear of engine components are also kept at bay.

It also traps dust and other deposits and keeps them away from parts they shouldn’t get to. You need to check the oil level at intervals measured by miles to keep them.

This, of course, is only hinged on the recommendation of the manufacturer.

Your engine’s oil filter is also important, as it helps filter several kinds of junk from the oil and keep them from flowing back into the engine.

Keep an eye on your engine’s cooling system.

Even though there have been thorough improvements in building a car engine to be efficient, much energy is dissipated during combustion.

The 2.8L Duramax is heavily composed of metals and alloys, which don’t coexist properly with heat. Always ensure that there is sufficient coolant in the tank.

This is very important to enable effective heat dissipation.

Also, always examine the ten wire gauge of your engine on sunny days, and f your engine is about overheating, shut your vehicle.

Whenever you make a stop at a supermarket or gas station, look at the parking spot where your car is parked to see if there are any fluids.

If you have leaking fuel, ensure to drive to the nearest mechanic to have it fixed.

Another way of checking for this is to smell under the hood to observe if you’ll notice any smell.

Your target should be detecting engine oil or antifreeze fluids whenever you’re looking for leaks.

Quit the habit of running in reserve fuel

Petrol often has sediment that accumulates at the bottom of your fuel tank. Having run your engine for years, certain sediments accumulate that shouldn’t get to your engine.

If you fail to refuel your tank when it’s low in fuel and keep running with such a low amount of fuel, this junk is pulled into the fuel pump.

This could lead to serious wear. Instead of just hoping the particles don’t reach the fuel pump, just do the needful, top up your fuel, and save yourself repair costs.

This is one way your vehicle screams for help. If your check engine light notification keeps coming on, it’s time you take it to a mechanic, as a malfunctioning component in your engine must have triggered it.

Check engine lights are a self-diagnostic tool programmed into your car to keep your engine protected.

Sometimes the problem may not be serious, but the only way of finding out is by examining the cause of the warning.

This engine component looks and functions like the oil filter, except that its role is to filter junk from the fuel. This way, the junk is stopped from entering the combustion chamber. If you replace your old filter, it means your engine will experience a free flow of good fuel to the engine.

How Long will the 2.8 Duramax Last?

It is normal for diesel engines to last longer than gas engines. Moreover, currently, Duramax is in the league of most reliable diesel engines.

With the 2.8 Duramax, expect to go anywhere as far as 400,000 miles. Also, since diesel is more expensive than gas, you’ll spend more money on fuel.

This is one of the reasons why Duramax-fitted cars are more expensive than their gas counterparts.

It could be difficult sometimes to downshift the overdrive and double overdrive gears. This keeps your rmp low, holding back your truck from accelerating when on the highway.

Sometimes you’ll have to apply up to 80% to get the downshift to occur. Due to such heavy throttle application, the ECM controls lots of fuel, and this makes the truck behave erratically.

A Duramax tuner allows the downgrade to occur at a lower throttle percentage so the truck can create a boost and accelerate better.

A more efficient torque lock-up is achieved to improve the power transferred to the ground.

As horsepower continues to increase, there’s more difficult for the torque converter to completely lock under a large load due to limitations in the factory TMC programming.

Under a bearable load size, the torque locks between the 2-3 shift command, but as soon as the throttle opens really large and the power output skyrockets, the factory TCM slows down the TCM from using the lock until a later time.

The Duramax tuner files functions to eliminate this by small adjustments made in the lock converter’s table in the programming.

What is the impact of a clogged EGR on my 2.8 Duramax engine?

The Duramax valve is always exposed to heat, and this could make it fail at any time.

You may notice their malfunctioning when the check engine light notification comes on, a leaking gas smell in the vehicle cabin, or you may notice your fuel economy reduced.

Fixing this may just require you to clean your EGR valve or replace it.

What are the signs of turbo failure in my 2.8 Duramax?

The 2.8 Duramax is a high revving and very hardworking 4-cylinder engine. Even when properly maintained, the Turbo may still fail.

You should look out for these signs: vacuum and power loss, quieter whining, and smoke coming from the exhaust.

What is the fuel economy of 2.8 Duramax?

The 2.8 Duramax has an impressive 22 MPG fuel economy for the city and 31 MPG for the highway.

Over time, the fuel economy has changed, so there could be a reduction if aftermarket components are included.

The 2.8 Duramax has an impressive horsepower output, decent towing, and a great MPG rating.

This is not all to the engine, though, as some minor issues may mar the reputation of this engine’s performance.

We have carefully highlighted them in this, and we hope you find the information and solutions to the problems resourceful.