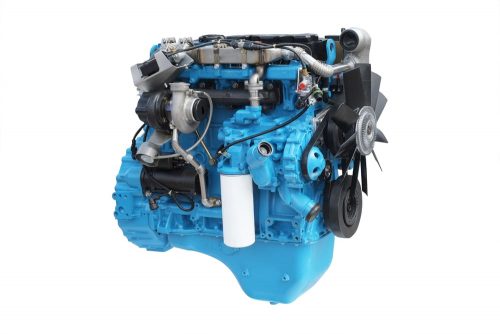 It isn’t fresh knowledge that Duramax builds some of the most efficient engines as far as engine performance is concerned.

Their great reputation has placed them somewhere at the top of the automobile engine producers’ hierarchy, rightly deserved. However, for their 3.0 duramax problems of particular engine, some issues need to be addressed.

“Several customers have complained about common 3.0 Duramax problems: injector and turbocharger failure, delay in cranking or failure to crank altogether, and other documented issues like the belt dipped in oil.”

However, it is important to note that the benefits of using the 3.0 Duramax engine still outweigh these problems, and with good maintenance, some of these problems can be circumvented. Find out more below.

Is GM Discontinuing the 3.0 Duramax Diesel?

At a time, reports were floating that Duramax had discontinued the 3.0 Duramax diesel engine.

This rumor was later ruled out by Duramax, coming forward to state that they haven’t discontinued production of the engine but rather that it was halted temporarily due to a shortage in the supply chain.

Many people bought this rumor since small diesel engines were fading out due to manufacturers making hybrid powertrains for SUVs and pickups.

The 3.0 Duramax is exceptionally unique when it comes to performance. Even though it’s classified as a small engine, it has reliable and amazing towing and hauling capacity.

With its 9,000 maximum tow rating, you can depend on what this engine has to offer regarding towing.

The engine is also an inline-six engine with a unique configuration compared to some other engines of similar specifications.

It was designed using cast iron to give as little weight as possible. It also uses an Active Thermal Management system which helps it maintain an optimal temperature in its engine.

This, of course, yields improved performance and better emission output.

The juicy part about this engine is its pairing with a 10-speed automatic transmission, giving it exceptional responsiveness and the perfect engine for daily drivers.

The engine has a horsepower output of 277 and when matched with its 460-pound feet of torque, expect nothing but a beastly drive time.

You can also get an MPG of about 23 while driving within the city and 33 MPG for highway driving.

Figures like these trump what smaller cars have to offer. Recognizing this, it is hence safe to say that there isn’t a perfect vehicle.

So let’s now take a deeper look into some of the engine flaws that users have highlighted.

This may arguably be the most problematic issue the 3.0 Duramax has been plagued with since its release.

It’s so frustrating because the engine engages the engine and cranks it for a long period before it finally can pick up.

This problem has been persistent across all trucks and SUVs; this engine is fitted in.

It is more frustrating than the mileage cannot be monitored for the problem. Some drivers experienced this problem after driving for reasonably long miles.

Some more unfortunate ones witnessed it immediately after the truck was bought. It’s even more frustrating, as the cause of the problem cannot be traced yet.

There have only been professional guesses, and GM has released several TSBs.

Documented in the released PIP5806B TSB, GM expressed the possibility of drivers experiencing intermittent prolonged crank and failure to start if the driver has a bent trigger wheel.

If the wheel is bent or damaged, it would then be impossible for it to contact the camshaft, so it needs to be replaced. Depending on how damaged it is, it could cause prolonged crank or fail to start.

If you’re willing to have the trigger wheel replaced, you’d have to go through a very strenuous task to achieve that, as this requires that the cab be totally removed to enable you to gain access to the wheel.

This is still not a reliable solution. Many users complained that the problem either got worse or remained after they changed the wheel.

Not long ago, GM suggested that a software refresh or update could solve the problem. This has garnered some positive feedback.

Even though an oil pump belt is part of the normal maintenance required as you use your vehicle, it sits on this list because, for the 3.0 Duramax, it is an excruciatingly complex procedure.

The engine’s oil pump is run by a belt constantly immersed in oil. It works such that the belt is always moved off the crankshaft, and both are situated at the back of the engine.

This design was adopted to make the engine’s operation noiseless and compact. The design flaw, however, was the length. To use a chain, you need a tensioner.

Also, this makes the engine longer than usual. Failing to incorporate a chain here could lead to total engine failure.

Hence, the next probable option was a belt. This came with its own flaws, as the engine was driven to overheat.

The company of the efficiency of this method, stating that it makes the engine more sturdy and that if the belts were submerged in oil, they would be consistently lubricated, hence, a longer lifespan.

Regardless of how long the belts seem to last, you still have to replace them after 150,00 miles, which is a major drawback.

This is because the belt was designed to be at the back of the engine and to gain access to it, you’ll need to remove the transmission.

Although it could be a bit straightforward to swap the belt once they’ve been located, reaching it takes long hours.

This is one of the 3.0 Duramax problems with yet no workable or operationally relevant solution on the ground.

Like many direct-injection engines, the injectors are located at the cylinder top and inject fuel directly into the cylinder.

The injector gets fed with fuel pressurized by a high-pressure fuel pump affixed to the lower driver side of the vehicle’s engine.

This differs from indirect injection engines. There is a higher tendency for particulate matter to be produced due to the lack of uniformity between the mixing of the fuel and air.

Consequently, direct exposure to the combustion process leads to carbon accumulating on the injector’s nozzle. This, of course, affects its effectiveness.

Although the injectors have a durable lifespan, you may need to replace them if you notice some synonyms highlighted below.

The solution to the problem may be simply using fuel additives to ensure the longevity of your injector.

Fuel additives would do two main things – They provide lubrication to prevent the wear out of the fuel injectors.

Then they also prevent the build-up of deposits. They do this by constantly flushing the injectors.

After treatment, the emissions pair both Selective Catalytic Reduction(SCR) converter and DFF.

The EGR minimizes nitrogen oxide emission by mechanisms that involve recirculating a portion of the exhaust and sending it back to the engine’s cylinders to dilute the oxygen coming in.

The exhaust gas is further refined to cut down nitrogen oxide production as well as to get rid of particulate matter.

Although the EGR system deploys low-pressure EGR, together with the high-pressure EGR, for a more solid engine efficiency, it has been plagued with several issues.

One of them is the EGR, which often gets clogged with carbon deposits. Another issue is the cooler cracking after it has undergone repeated recycling at very high temperatures.

Symptoms of the gas recirculation(+solution)

The solution to this problem is replacing the cooler of the EGR valve once they’ve worn out.

Due to the current height demand for lower exhaust emissions, direct fuel injection engines were birthed.

Also, high-pressure fuel pumps became the order of the day to counter the engine’s compression pressure.

Like many other direct injection engines, the 3.0 Duramax uses a high-pressure fuel pump that feeds the combustion with pressurized fuel.

However, the pump only has an estimated lifespan of 100,000 miles, which means depending on the driving condition, it could weather out earlier than normal.

In contrast to the wheel replacement or oil pump belt service, you don’t need to drop the transmission to replace the high-pressure pump. All you have to do to access it is to remove the oil pan.

You must replace the high-pressure pump if you want to solve this problem. However, the pump’s lifespan can be extended if the pump is maintained properly. You would also be to quit running on low fuel.

Even though the crank no start and oil pump belt issue has slightly affected the reputation of the Duramax engine’s performance, finding engines that can beat it when it comes to offering many users extended usage time, higher towing efficiency, and mile coverage.

As long as the owner adheres to the required routine maintenance, the 3.0 Duramax can last up to 400,000 miles.

What kind of injection pump does my Duramax use?

If you’re using any of the models built between 2001 and 2010, the engine runs on a tried-and-true Bosch CP3.3 injection pump.

This high-pressure pump is compatible with all Duramax vehicles built within this year.

From the 2020 3.0L Duramax, there is no similarity to the 6.6L version. As popularly believed by some people, models between this year are not alike.

The 3.0 Duramax is an inline 6 cylinder and is highly fuel-efficient, but it’ll greatly be outmatched when matched against the 6.6L Duramax.

Does 3.0 Duramax use an engine heater?

All Duramax engines utilize an engine block heater, and this includes the 3.0 Duramax, which is the heater plug taped to the wire loom that runs from the battery of the passenger to the frame rail.

When considered without bias, the 3.0 Duramax doesn’t have many problems when contrasted against other engines that do as much work as it does.

It punches above its weight for a small engine with much performance. Nonetheless, some of the problems could pose a big challenge to the user, especially if they become persistent.

Bear in mind, though, that some of these problems can be averted by applying the correct maintenance practices to your vehicle.