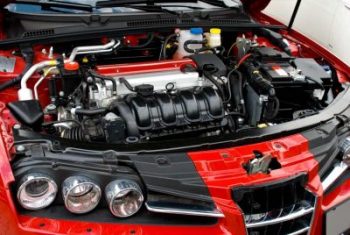 If you are a chevy owner with 4.8 vortec engine then you must take a look at the chevy 4.8 Vortec Engine Problems and know how to deal with them.

The 4.8 Vortec engine was manufactured by General Motors between 1999 and 2013 with three different variants namely LR4, LY2, and L20. LR4, the 3rd generation engine, and LY2 the 4th generation engine could be seen in GM vehicles like Silverado, Sierra, Tahoes, and Yukons.

L20, which was also the 4th generation engine used in Sierra and Silverado models and even in GM Savana and in Chevy Express of the years between 2010 and 2013.

Let us discuss the major 4.8 Vortec engine problems and their solutions in this article.

Yes, the 4.8L Votic is a good engine. With 285 to 295 ft-lbs torque, it is a powerful engine that is long-lasting, and, overall, it is a competent engine that has consistent towing capabilities with a low level of vibrations compared to other engines.

Here is the List of common Problems of 4.8L Vortec Engine

Water pumps in an engine are necessary to maintain the engine cool by providing a continuous flow of coolant to the engine, maintaining the temperature, and preventing the engine from overheating and thereby avoiding a failure of the engine.

Vehicles with low mileage do not encounter a water failure problem. With high mileage, most of the 4.8 Vortec engines face the water pump failure problem because of damage in the housing, gasket problem, or due to the malfunctioning of the internal impeller.

when there is a failure in a water pump, which may be noticed by a leak of coolant, or some undesired noise from the pump or the impeller because in such a case it tries to continue its work, and due to overheating of the engine.

you may find ‘Check Engine,’ a warning light flashing to give you caution about the problem.

To solve this water pump failure problem, the pump must be replaced by a new one. The cost of the new part may come to around $100.

Including the services of a mechanic to replace the pump the expenses to be incurred may go up to $500.

Since the pump is working with higher temperatures and continuous stress, routine maintenance is required.

Generally, most of the 4.8 Vortec engine users find the water pumps hold good up to a minimum of 150K miles.

The intake manifold with a series of tubes holds the control of the quantum of air that flows into the engine and their even distribution to every cylinder.

An optimum amount of fuel and air ratio in the engine is possible when the intake manifold is in good condition.

It also cools the cylinders by allowing coolants to the cylinder heads and in turn, the heat is absorbed by the coolants, and the engine is kept at the right temperature.

It is a plastic product and is so prone to damage as it deals with elevated temperatures, particularly with excess torque.

Gaskets of the intake manifold are made of rubber with an aluminized steel coat.

Damage to the gaskets is often experienced by the users of this type of engine which causes an excess amount of gas leak.

The problems in these components are common among the 4.8 Vortec engine problems.

Engine getting overheated, leakage of coolant, engine not running smoothly and a flash of ‘Check Engine’ warning light and finding yellow, red, or green colored leakage beneath the vehicles are some of the obvious symptoms that can be noticed when there is a problem in the intake manifold or gasket leak problem is present in the 4.8 Vortec engine.

Less fuel efficiency and low or no power on acceleration can be experienced due to this problem.

Replacing the faulty intake manifold or the gasket with a new one is the solution to get rid of this problem.

A new intake manifold costs around $500 and the gasket costs up to $60. The service charges to be paid by a mechanic is to be included.

An intake knock sensor is a piezoelectric component located in the intake manifold.

It detects the vibrations with a knocking sound in the engine by producing a small voltage as it gets vibrated and sends the signal to the computer in the vehicle to take measures to correct the knock.

The knocking sound often comes due to detonation because of a valve train malfunctioning, or a defective spark plug. Any of these problems can cause a genuine issue to the engine.

So, the knock sensor is a vital component that checks further damage.

But if the sensor goes bad, it too causes such an adverse effect making the module take wrong corrections as if there is a problem.

Annoying sounds from the engine can be heard when there is a problem with the intake knock sensor. Bad knock sensors have an ill effect on the ignition timing.

More will be the fuel consumption. Problems in acceleration can be felt while driving at high speed and the engine losing power is another symptom.

One can see the ‘Check-Engine’ light flashing due to this problem.

Replacement of the faulty intake knock sensor is the solution to this problem.

But before doing that one should confirm that there is no potential knock in the engine that may cause a more severe problem to the engine.

New sensor costs around $30 to $100, and even costlier products are available in the market.

4.8 Vortec engine has a unique fuel injection system that not only allows the fuel to the injectors but also keeps it highly pressurized in the injectors.

Using the pressure, the injectors spray the fuel into the engine. The fuel pump is situated in the fuel tank. So, it is a necessity that the fuel pump must be in good condition.

A malfunction in the fuel pump may result in a reduction of pressure or seizure of fuel supply to the injectors.

Less pressure may lead to a deficit of fuel, and it may cause a misfire. A fuel pump failure is not common among the 4.8 Vortec engine problems.

Most of the 4.8 Vortec users find that the fuel pumps function very well at least up to 150k miles. Sometimes, a problem in the fuel pump control module may also be a reason.

Click here:  to know more about the symptoms of a bad fuel pump.

If there is a problem with the fuel pump, the vehicle may not get started. If started, there may not be a buzzing sound.

The fuel pump is working with an electric motor, and if it is faulty the buzzing sound cannot be heard while starting the engine and can be checked by removing the fuel cap.

Vehicle sputtering at a high speed is another symptom showing a fuel pump failure.

Like other problems, this will also make the ‘Check-Engine’ light flash. Fuel pump relay getting burnt is another catastrophic symptom.

Like every other part, replacing it with a new fuel pump will be the solution for this problem too. The cost of the part is not so expensive.

It can be bought online for around $100 to $150. But there are some tips to prevent the fuel pump failure.

A bad fuel pump can bring much more complications to the engine, so it is better to follow these tips and maintain it in good condition and avoid serious engine problems.

When the ignition of the car is on, the oil light will also get on, but as soon as the pressure increases in the engine, the light will turn off.

If the sensor goes wrong, oil level readings may go wrong, and the oil pressure may be getting decreased which in turn will affect the engine destructively.

The first symptom that could indicate a bad oil pressure sensor is the oil light getting on continuously as against getting off after a few seconds after the engine is on.

An oil leak can be found from the oil sensor. If the oil levels are decreasing rapidly, it may be due to a bad oil pressure sensor.

Oil pressure sensor can be easily replaced. Its cost is also cheaper compared to other components. It may cost around $50. Service charges are not included.

When it comes to the point of 4.8L Vortec reliability, these engines are very reliable, despite the above listed few common 4.8 Vortec engine problems which tend to happen only at the later stage of high mileage or in older engines.

How many miles will a 4.8 Vortec last?

With proper care and maintenance, most of the 4.8 Vortec engine users find the engine to be good up to 250K to 300K miles and even more than 300K in many cases.

Q1. How much horsepower does a 4.8 Vortec have?

Ans:     Even though 4.8 Vortec engines have an LS base, some significant size differences can be seen between the two engines.

Ans:     The difference between 4.8 L and 5.3 L iron block engines can be identified by looking at the pistons of the engines.

If the cylinder has a full flat top piston without a dish, then it is 4.8L and if it has a dish piston, then it is a 5.3 L engine.

It is no surprise that if a Chevy fan had to go for an older Chevy that has a 4.8 Vortec engine problems he would grab it since tonnes of miles are still left in it and it is true that not all the Sierra or Silverado will have the above-discussed problems in any way.