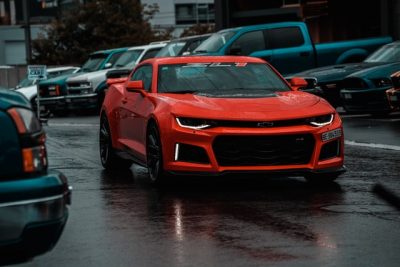 If you ever had the chance to drive a Chevy truck that has a 5.3 or 6.2 engine, you know how powerful both engines are. These two engines are among the best engines Chevy has ever produced. But which one is better? So, today I am hoping to do an in-depth comparison of the 5.3 vs 6.2 engine.

In this post, you will be able to learn about an overview of these two engines, comparison, pros & cons, and many more. Having said that, let us get started.

During this period, 5.3 engine was used by vehicles such as Silverado, Avalanche, Tahoe, GMC Sierra, Suburban, Yukon, and many other.

Apart from that, this engine came with a new fuel injection system. Chevy uses this engine for their SUVs and trucks.

In 2006, the GM introduced the first 6.2 engine, and this model ran until 2014. For vehicles such as GMC Yukon and Cadillac Escalade, 6.2L V8 was the perfect option.

In 2014, the 6.2L V8 was replaced with a small block engine. The GM called it Ecotec Generation 5, and it came with a direct fuel injection capability.

Also, this newer model performed much better compared to the 6.2L V8 engine.

According to the above comparison table, you can clearly see the 6.2L engine offers more performance than the 5.3L engine.

For instance, 6.2L offers more horsepower, torque, payload capacity, stroke, and acceleration. On the other hand, the 5.3L engine has a higher tow capacity and fuel economy.

If we consider the fuel economy, the 5.3L engine offers 17 mpg city driving level of fuel economy. Also, 23 mpg for highways, and the combined value is 19 mpg.

Now, you might have a good idea about the specification of the 5.3 and 6.2 engines. So, here, we are going to talk about the comparison of the 5.3 vs 6.2 engine. After that, we can decide which one is better.

GM launched its first 5.3L engine in 1999. Since then, this model has been the favorite engine for most Chevy users.

With the sudden stopping of the 4.3L engine production in 2012, the 5.3L engine became more popular and reliable.

On the other hand, the first 6.3L model was launched in 2006. And the GM still produces these 6.3L engines. Over the years, GM released engines such as Gen IV Vortec 6200 and many other models.

When it comes to horsepower both 5.3L and 6.2L models are good. But the 6.2L engine has the advantage. For instance, a 6.2L engine can produce up to 420 horsepower.

On the other hand, a 5.3L engine can produce 355 horsepower. So, this extra 65 horsepower can make an enormous difference and give 6.2L users more power and acceleration.

There is no difference in the transmission, both models use automatic transmission with 10-speed. This transmission system has a total of 11 gears including the reverse.

If you did not know, the torque is the linear force that needs to rotate around an axis. So, more torque means more acceleration.

Therefore, a 6.2L engine can provide more acceleration with its extra torque. When it comes to torque 6.2L engine is the clear winner.

Payload capacity refers to the maximum load that your truck can carry safely. When it comes to payload capacity, both 5.3L and 6.2L are similar.

So, the 6.2L model’s 122lbs extra load-carrying ability can be handy.

When you buy a car, truck, or any other vehicle, the MPG value is one of the first things you check out. Right? But some people do not understand the meaning of fuel economy.

Simply, fuel economy refers to the number of miles that your vehicle can travel with a specific fuel quantity. We use MPG to measure fuel economy. MPG means miles per gallon.

Having said that, the 5.3L engine has a better fuel economy compared to the 6.2L engine. So, when we talk about the 5.3 vs 6.2 engine comparison, we cannot ignore the fuel economy. Here are fuel economy details for both models.

As you can understand, the 5.3L models have a better fuel economy. For instance, if you are driving on a city road 5.3L model will burn seventeen gallons of fuel per a mile.

On the other hand, the 6.2L model will burn 16 gallons of fuel per a mile. So, you can save some fuel by using the 5.3L engine.

For a good acceleration, a vehicle needs good horsepower, torque, and a transmission system. So, with better horsepower and torque, the 6.2L model has faster acceleration capabilities.

If you are looking for a better work truck, 5.3L is the suitable option. This 5.3 model is designed for such applications, and that does not mean the 6.2L is bad.

It is a good model. But, when we consider the towing capacity and fuel economy, 5.3L is the obvious pick. Besides, the 6.2L model’s mid-sized truck is not the best option for a work truck.

If you are a daily driver, the 5.3L model is the best option. It has a good fuel economy that can save you a lot of money.

However, if you are looking for a more powerful truck for your daily use 6.2L model should be your pick. So, depending on the situation, you can make your decision.

When it comes to ECM aka, Engine Control Module, both 5.3 and 6.2 engines are highly advanced. For instance, GM’s E67 engine has a 32-bit capable processor.

Also, it has 128KB RAM and 32MB flash memory. This ECM is capable of synchronizing more than 100 functions.

When comes the 6.2L V8 engine, it has much more advanced than the 5.2 engine’s ECM. The throttle body and the accelerator pedal have no mechanical connection.

Instead, the pedal angle sensor sends a signal to the ECM. After that ECM responds accordingly. in here, the electric motor opens the throttle according to the rate and the angel.

When it comes to MAP sensors, the 5.3L V8 LS4 is the best among the 5.3 engine series. These MAP sensors can measure manifold and atmospheric pressure differences.

The process is executed using a variable resistor. Because of this engine torque and speed increase. Besides, MAP sensors provide information to optimize performance and minimize emissions.

On the other hand, the 6.2L engine can provide accurate ignition timing at any operating rate because of the MAP sensors.

Besides, these sensors can detect the crankshaft rotation position accurately and quickly. All of these features enhance the engine’s performance and economy remarkably.

Besides, higher oil consumption increases the cost of driving a 6.3L model. So, if you are looking for a cheaper model, 5.3L is the perfect option for you.

However, 6.3L higher price tag will give you a more powerful engine and advanced features.

Both engines are highly reliable. However, the 6.2 V8 engine is more reliable because of its high efficiency, advanced block technology, and bigger capacity.

The only downside is that the 6.2 V8 engine is little expensive compared to the 5.3L engine. This higher price tag is mainly because of the oil consumption and advanced features.

For instance, both engines can perform excellently beyond 300000 miles. But good maintenance is necessary.

Otherwise, you might experience engine issues from time to time. To sum up, these two models are well-engineered and robust engines.

The 5.3L engine is able to use premium gas. Here, we are referring to octane 91. However, Chevrolet Silverado requires at least 87 octanes to perform without any issues.

Does 5.3L Engine Come with an LS Motor?

GM uses a 5.3L engine for mostly pickup trucks and SUVs. So, indeed 5.3L is a part of the LS family. Besides, it is the cheapest among the LS family.

Is 6.2L Engine Good for Vehicle?

However, if you didn’t main tit properly, the runtime might reduce remarkably.

So, make sure to perform service according to the service intervals and try to avoid hard road conditions. It will help you to save the 6.2L engine.

With this 5.3 vs 6.2 engine comparison post, you now have the basic knowledge to make a suitable purchase. When it comes to 5.3L and 6.2L models, both models are excellent engines.

So, depending on your budget and requirement, you can make your decision.