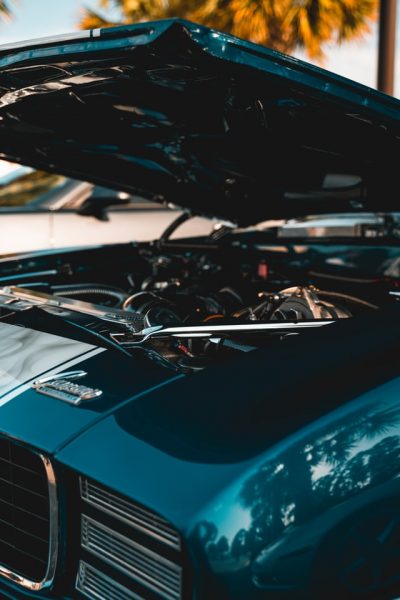 If you are interested in buying a Chevy truck using the 5.3-L ecotec3 V8 engine, this guide is for you. We will tell you whether this engine is worth buying or not.

“If you want to buy a used vehicle, it might have complicated problems like cracked cylinder heads, faulty fuel injectors, etc. Repairing it can be more expensive overall. Thus, read this guide to discover these problems and their solutions.”

What does EcoTec3 Mean?

Although the 5.3-L ecotec3 V8 is a small block engine, it is more fuel-efficient than most big-block engines. Chevy’s 5.3liter engine boasts a smaller displacement but performs well.

Customers can choose a couple of Ecotec3 engines. And the 5.3-L engine is the second most powerful option. While it has many problems, this engine is still worth buying.

Ecotec3 engines are not LS engine even though they look alike. Ideal for trucks and SUVs, these engines are super powerful. They came after the Chevy Vortec engine series and performed even better.

And while it boasts a modern architecture featuring the direct fuel injection, cylinder deactivation, and variable valve timing, the 5.3L has some issues. We will discuss these problems below:

01. Cracks in the cylinder heads

A car’s cooling system boosts the performance and durability of an engine block. If the cylinder head develops cracks in the middle of the head itself, the coolant will leak.

Do you know why? Inadequate coolant in the engine leads to overheating. As you can guess, overheating triggers problems elsewhere.

Chevrolet solved the cracked cylinder head problem. However, there might still be trucks using the defective cylinder heads. If you intend to purchase an older 5.3L engine, keep this problem in mind.

One of the 5.3liter v8 engine’s specifications is the Active Fuel Management System.

While the feature has its advantages, it can also increase the oil consumption rate of the engine.

AFM system shuts four cylinders to enable the 5.8L to use four of the remaining ones.

After many complaints, Chevrolet made a promise to rectify this engine hitch. Unfortunately, the 5.3L engines are still in production and use excessive oil.

If you purchase a truck with this engine or have it already, disable the AFM system.

Before you do, make sure that your truck is consuming excessive oil. Check the oil level regularly to see how fast it ends.

Deactivating the Active Fuel Management system includes other costs, as you will purchase new camshafts and an AFM kit.

A 5.3L ecotec3 engine has a problem with carbon build-up. Experts think that the AFM system and the direct fuel injection system trigger this problem.

As carbon deposits appear on the cylinder head and valves, it is likely to damage these parts.

For instance, the valves may fail to close well and later crack. Additionally, carbon deposits can trigger poor engine performance by declining compression.

Misfiring problems can also arise from the accumulation of carbon residue.

Remove those cylinder heads and valves and clean them. If you cannot do this at home, take your truck to the mechanic. You will pay a slightly high price for this work, but it will be worth it.

A malfunctioning fuel pressure regulator triggers a string of other issues. One of these is the air/fuel ratio.

Your fuel pressure regulator has failed if you notice engine misfires, unresponsive spark plugs, new noises, or rough idle. Mostly, these symptoms will appear when you step on the pedal to accelerate.

Once you realize that the fuel pressure regulator has stopped working, it is wiser to replace it.

Anyone using the 5.3L ecotect3 v8 engine knows that it has a plastic intake manifold. Although this is not cheap plastic, it will harden and crack over time due to elevated temperatures.

People also claim that the intake manifold gasket has inferior quality as it permits leaks. A leaking manifold will disturb the normal air to fuel ratio and affect the fuel combustion in the engine.

One of the best ways to prevent gasket leaks is to avoid waiting until yours develops some cracks.

Check your intake manifold gasket after driving a few extra miles. Then, replace the gasket even if it has no signs of damage.

People who use the 5.3L ecotec3 engine launched between 2007 and 2011 have noticed that the spark plug often fails. Spark plug failure could happen because of the carbon deposits.

We noted earlier that the carbon forms over valves and cylinder head because the 5.3L engine uses the AFM system.

Also, check if the PCV valve has a problem. When it has a mechanical issue, the PCV valve delivers excess fumes into the cylinder. During this process, carbon build-up happens.

You must find a way to stop the formation of carbon residue to protect your spark plugs.

Always pay attention to the first and seventh spark plugs because they are more prone to damage.

Your mechanic will know how to remove the carbon residue and reduce its development in the future.

Fuel injectors of the 5.3 Ecotec3 V8 engine are prone to failure. Fuel injectors fail because they push fuel at super-high pressure (1500psi).

Remember that injectors must do this each time the engine is working.

Another cause of damaged fuel injectors is the use of contaminated fuel. Dirty fuel can clog the injectors and cause damage to them overall.

Depending on the severity of the problem, they can release inadequate or excessive fuel.

If you can tell that your fuel injector is faulty, you can quickly replace it. Injectors are inexpensive to buy and install, even if you hire a professional to assist you.

Fuel pump failure is not an issue with the 5.3L ecotec3 engine only. Other Chevy engines portray the same problem, meaning that we cannot judge it so harshly.

As a result of using direct fuel injection, the 5.3L motor has a low-pressure and a high-pressure fuel pump.

Of these two, the high-pressure fuel pump for delivering fuel into the injector is more vulnerable to failure. After failing, the pumping pressure reduces, which affects fuel delivery.

One sure way of coping with a damaged high-pressure fuel pump is to get another one. You will incur an excessive cost of replacement, which might make you question this engine’s reliability.

Finding the rear-end gear ratio of any Chevrolet model is easy. All you must do is to find the RPO chart, which is in the glove box.

Then, find a paper and a pen and jot down the codes beginning with F, G, or H. Watch the above video to understand how the chart works.

When determining the reliability of the 5.3 ecotec3 engine, we must consider a few factors. First, this engine produces more horsepower and torque.

Thus, if performance to you means more power and torque, you might like the 5.3 L ecotec3 v8. Given its small block size and displacement, this engine is good.

Chevrolet should have skipped the AFM system altogether. AFM is the origin of some of the issues discussed above.

Even if AFM ensures good fuel economy, it raises the cost of oil by increasing the consumption rate.

We have also found that AFM leads to the development of carbon deposits that damage valves and spark plugs.

While you can disable the AFM system with a delete kit, it will cost you a lot of cash.

Other high-cost replacements you might do after covering several miles entail the high-pressure fuel pump and fuel injectors.

We cannot accuse 5.3l of being the only engine with a fuel pump and injector problem. Any other engine from any brand that runs on direct fuel injection has similar issues.

Ecotec3 engines seem to have some issues. No matter the engine version you purchase, you will face excessive oil consumption, carbon deposits, and fuel pump failure.

Regardless of these issues, people are happier with the five Ecotec3 engines than some Vortec engines.

Hence, you can tow your trailer and other bulky stuff. Specifications show that the engine has a payload capacity of 2,170 pounds.

Another version of this engine using the Dynamic Fuel Management on a few trim levels can tow 11,600pounds.

Ensure that you use robust and safe towing equipment to capitalize on this engine’s hauling strength.

How Many Miles will a 5.3 Ecotec Last?

If you are looking to purchase this engine, knowing its utmost mileage is vital. Chevy’s 5.3-liter ecotec3 engine can last between 200,000 and 300,000 miles.

Nevertheless, it will achieve high mileages only if you keep pace with its maintenance schedule.

Since the 5.3L is a robust engine, proper maintenance will help it finish its maximum mileage.

So, use the AFM delete kit to disconnect this system as this will help minimize its problems. Also, replace gaskets and other inexpensive parts often.

First, flex-fuel capability means that an engine can use the E85 fuel, which refers to a type of local fuel with up to eighty-five percent ethanol alcohol.

So, the remaining fifteen percent is normal gasoline. So, can the 5.3L ecotec3 v8 engine use E85 flex fuel? Yes, it can but perhaps when using the Dynamic Fuel Management version.

We can measure this engine’s fuel economy based on the model you have. For instance, the 2014 GMC Sierra 1500 using the 5.3l ecotec3 engine offers 16mpg city and 23mpg on the highway.

Besides, its cylinder deactivation feature promotes fuel economy when it closes cylinders.

Since it has a fresh cylinder head and piston design, this engine enhances the mixing of air and fuel within the engine.

Which Chevrolet and GM trucks use the 5.3L ecotec3 v8 engine?

As one of the most versatile and durable engines, the 5.3L is in several trucks. These are Chevrolet Silverado, Tahoe, and Suburban.

As for GM trucks using the same engine, models include GMC Yukon and GMC Sierra.

What is the compression ratio of the 5.3l engine?

One area where this engine stands out is in the design of its cylinder head’s tiny combustion chambers and sculpted piston heads. They produce a compression ratio of 1:1.

How does cylinder deactivation work?

Another name for cylinder deactivation is Active Fuel Management. AFM uses oil pressure to disable the lifters on some cylinders. As a result, the valves in the selected cylinders close.

On the V8 engine, AFM deactivates four cylinders when the truck is not carrying bulky cargo.

As we conclude this guide, we can only tell you that the 5.3 ecotec3 engine is efficient and reliable.

Even with the 5.3l ecotec3 v8 engine problems featured above, many people drive a truck with this engine. Ecotec3 engines have small blocks but generate a lot of power and torque.

Also, they have high towing power and that is why they are solely truck and SUV engines.