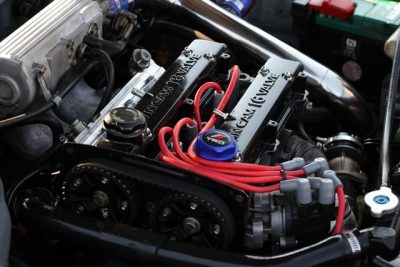 Are you making arrangements to purchase a GMC Sierra or Yukon, and do you want to discover the problems with this car’s engine before purchasing? Well, you are reading the perfect article for every information you need.

“Besides taking you through the specifications of this engine and its application, the 6.2L EcoTec3 V8 engine problems will also be looked into. Maybe from that, you can find out if it’s a good deal for you or not and if the investment is worth it. Common problems this engine is plagued with include collapsing lifters, carbon buildup on the engine, direct injection pump failure, and leaking intake manifold gaskets.”

Can these problems be overlooked? Are they so serious that they’ll make driving unbearable for me?

We know these questions are going through your mind, but you can satisfy your curiosity by delving properly into the details underneath, wouldn’t you?

The 6.2L Ecotec3 was launched to be a replacement for the Gen IV Vortec. As you already know, it’s a V8 engine with a pushrod design.

Some consider the pushrod design out of fashion, but the 6.2 Ecotec3 says that it can be deployed as real workhorses for a user.

This engine is mostly a truck engine but can be found compatible and useful in other SUVs and sports cars. 6.2L Ecotec3 engine as distinct designations.

It has LT1 with utility in Corvette C7 and the Camaro. The LT2 is featured in Corvette C8, while the LT4 is suited for Corvette ZO6 and other high-performance designs.

The 6.2 Ecotec3 V8 engine can power Chevy, Cadillac, and GMC motors. It is more often deployed on powering trucks and SUVs.

However, it remains primarily popular among GMC Sierra and Chevy Silverado. Now to draw the line, Is the 6.2 Ecotec3 v8 a good engine?

Yes, it is. It is not unreliable, although it is true that a few problems always develop in the engine.

The engine is not perfect. Hence problems are bound to develop in the future. This doesn’t mean that all the problems associated with 6.2 Ecotec occur on every engine.

There are ways the engine life can be managed and extended. This includes the use of premium 93-gasoline as well as keeping the engine maintained.

What Are the Common 6.2L Ecotec3 V8 Engine Problems

Remember that Active Fuel Management works to improve fuel economy by 4 of the cylinder sitting down, right? Well, this operation mechanism is a big headache for this engine.

It doesn’t seem to work that well when this engine is operating. This causes the pushrod to get damaged.

Because the engine works with the aid of a few complex lifters, which are not found in other similar brands, and serves to deactivate the cylinders, they often, in an attempt to do this, constitute a problem to the engine.

Sometimes when the lifters collapse, they result in creating bent pushrods. When this problem occurs, you will know because your engine power will suddenly go low.

The solution? You would have to replace the filters and the pushrods that went bad due to this working mechanism. Guaranty often covers this, and it happens on low mileage.

If you’re planning to purchase an older Chevy or GMC, this problem might be more difficult to combat, as it is relatively more expensive to fix.

Some users entirely disable the AFM and drive their trucks like that. Fortunately, there is an option that permits you to have it completely deleted.

You should, however, bear in mind that this approach is more expensive but the most reliable way of getting rid of this problem completely.

This is another engine problem of the 6.2L Ecotec3 that pisses many users off. People wouldn’t stop wondering why there is a carbon buildup inside their engines.

The answer and the cause of this are surprisingly not far-fetched – Direct injection!

Old LS engines made use of port injection, with a less precise fuel delivery but still okay to have the intake ports cleaned off. In this era of 6.2L, the fuel seems to be dumped on the engine by direct injection.

This means the engine ports are not cleaned as they normally happen in older designs.

The result of this is that as you cover 60,000 miles, you’ll get completely clogged up intake valves. The clogging can get so bad that it may ruin the car or truck completely.

The point is that for this system, there are rather small benefits and big downsides.

The solution to this problem would be to clean the intake valve of your vehicle using a method known as walnut blasting.

Alternatively, you can take it to a dealer and have them clean it with special machines. This would cost you about $500 or more but would guarantee you safety for another 60,000 miles.

They work with almost zero tolerances. So putting into it gas with even very little impurities will cause it to fail.

So if you have this engine or are planning to purchase one, you need to investigate the engine injectors and make sure alongside the fuel pump, it’s working fine.

If they aren’t functioning properly, it may cost you about $2,000 to fix, as the solution to the problems most times is replacing the injectors.

This problem is commonly associated with GMCs of higher mileage that runs on the 6.2. It is about the intake manifold gaskets.

This problem arises because the gasket design materials become very hard, causing them not to seal well.

The cause of the intake manifold leak now is that with the improper sealing, plenty of unmetered air is bound to pass into the engine.

Also, this usually triggers the check engine light and other notifications, signaling you that something is wrong.

Moreover, the unmetered air in the combustion engine will be forced to run lean and find it difficult to keep up. This will cause the computer to dump more fuel and, as a result, reduce your fuel economy.

The good thing about this problem is that it isn’t expensive to fix. You can fix it yourself. The intake manifold is located on the engine top, and only a few components have to be removed to get to it.

Broken exhaust manifold bolts are very common with 6.2L Ecotec3. The bolts on the 6.2 are known to always break and can be a pain for replacement.

What makes it a serious problem is that for you to fix the exhaust leak, you would have to replace them.

Moreover, these leaks can be troubling since gasses can leak into your cabin and initiate other problems like checking the engine light on your car dashboard.

The check engine light often comes on due to the 02 sensor getting faulty or incorrect readings, hence turning on the alarm in the system ECU that there is a problem somewhere.

Another symptom commonly associated with broken exhaust manifold bolts is an emanation of hissing sounds.

You will be plagued with hissing sounds from the front whenever the engine is turned on. This is a sign that the exhaust is leaking.

The repair of this problem seems to be quite expensive. This is because a lot of the vehicle’s components must be unmounted by the mechanic to reach the engine.

The 6.2L Ecotec3 V8 is an aluminum engine. It uses a 90-degree aluminum cylinder block and is laced with cast-in cylinder liners made of iron.

The 6.2L Ecotec3 also features in its design a pushrod OHV and just one camshaft located inside the engine block.

The aluminum cylinder heads are typically designed to have two valves per cylinder.

The engine’s firing order is 1-8-7-2-6-5-4-3, with a four-stroke, and runs on naturally aspirated fuel. It also uses a gasoline engine and features 2 valves per cylinder.

These are some of the problems associated with the 2022 GM 6.2 engine

The 6.2L Ecotec3 big engine has one of the best fuel economy and is superior to the V6, which is a 4.3-liter design. It has 420 horsepower, which is matched with its incredible 460lb-lt of torque.

For two-wheel drive designs, be sure to get about 15mpg if you’re driving around the city and 21 mpg on the highway.

Another thing that makes it a great option in terms of longevity or durability is its maximum trailing capacity, pegged at 12,000 pounds.

The 6.2L Ecotec3 V8, features that make for reliability and usability, is designed to have a maximum towing capacity of 13,400 lbs, making it one of the engines with one of the best numbers when it comes to towing.

In addition, its maximum payload capacity is also pegged at 2,100lbs, and workhorse trucks like the Chevy Silverado benefit from this exceptional towing capacity reflected in the lifespan and performance of the trucks.

GM trucks of the 6.2L are an excellent choice for towing. Regarding reliability, they have some amazing features, ranging from their torque output to horsepower and fuel economy.

This may be one of the best upgrades the engine model has witnessed in recent times, and with improved technology featured in Chevy Silverado trucks, the 6.2L Ecotec3 is a great match to go.

What are some symptoms of carbon buildup in my engine?

Engines that use direct injection methods to distribute fuel are notorious for this problem. These symptoms include black smoke from the car exhaust, hard starts or rough idling, cylinder misfires, and decreased acceleration.

What does replacing an intake manifold gasket in my Chevy Silverado cost?

Intake manifold gaskets are one of the vital components of your car engine. In some Chevy models, they are also components that are known to develop faults very easily or be impacted by usage conditions.

If your intake manifold requires complete replacement, you may be spending between $530 to $670 to have it replaced.

Labor costs may gulp about $270 while the parts would go for less than $200. Note that taxes are excluded from this price estimate.

This article has addressed a few common engine problems associated with the 6.2L Ecotec3 V8 engine.

First, we presented an overview of the engine and some of its beautiful specification and performance perks.

An elaboration of the problem of the engine was also done in one of the sections above.

The most notable problems of the 6.2L Ecotec3 V8 engine are AFM issues and carbon deposits on the engine, which are attributed to its direct injection system.

Overall, this isn’t a big issue and doesn’t stand in the way of the engine’s performance or reliability.