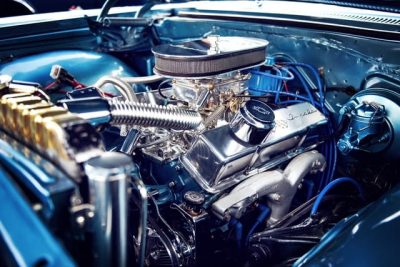 The 6.6 Duramax is one of Duramax’s most reliable engines and can last hundreds of thousands of miles.

However, for one second, if you choose to look away from this and consider some of the issues the engine model is bogged with, it may seem at first impression that they entirely flaw the engine.

However, a lot of these issues can be fixed by simple aftermarket upgrades.

“Before we look into how to fix these problems, it is important we spell out the 6.6 Duramax Diesel problems, which range from fuel injector problems, fuel injector harness chafing, overheating, and blown gaskets to glow plug failure and EGR valve problems. Once you’ve been able to figure out why there is a drop on your 6.6 Duramax engine, that would be the first progress.”

Willing to take a break from any car model you’ve been using and give car engines like 6.6 Duramax a try? Well, we wouldn’t say you’ve made a terrible choice.

Nonetheless, we feel these are things you should know about the engine before going for one.

Is a 6.6 Duramax Diesel a Good Engine?

The 6.6 Duramax comes in different variants with different components precisely designed to satisfy global requirements for the reduction of emission as well as to maintain and, even if possible, increase torque and horsepower over time.

The 6.6 Duramax is a great option for one looking at maximizing towing capabilities and power.

If you’re using a full-sized truck, be rest assured that this V8 engine will offer you everything you need in terms of power and torque output.

The 6.6 Duramax has the ability to produce incredible amounts of power with very few emissions compared to other engines of similar designs, and it is laced with higher efficiency due to the variable vane turbocharger designed to stay on the cylinder head.

The temperature control from this region keeps the cylinders at low pressure while the user’s truck is still able to squeeze out an incredibly beastly power.

Although head gasket failure is more common with LLY Duramax than any other generation of the 6.6 Duramax, it is still a fairly common problem among all 6.6 Duramax.

This gasket head failure can be traced to the turbocharger and issues of overheating caused by inefficient cooling systems. Other factors too can lead to this.

An aftermarket modification could also be a culprit for this as well, especially at very low mileage. Here is how these factors can make the head gasket malfunction.

Because of its flow characteristics and size, the Garrett turbocharger makes head gasket issues very common.

If it gets a higher performance and boost, it can lead to the engine’s head gasket failing due to the increase in wear and tear.

This is especially the case if your truck still has the turbo intake manifold or mouthpiece. These restrictions on it cause excess heat and force the turbocharger to work beyond its capacity.

Overheating is another prominent cause of head gasket failure. This can be attributed to the poor cooling system of the engine.

With a high-flowing turbocharger paired with small radiators, your engine is bound to go through a storm.

This happens mostly when you’re towing heavy loads, or the weather is extremely hot.

At these conditions, fluid temperatures go up, which then leads to wear and tear on the gaskets. Here are common signs of blown gaskets you should look out for:

So, what’s the solution?

If you experience head gasket failure, we suggest you take your truck to a repair shop to have it fixed properly. This work causes you some excruciating amount.

Most shops would have you pay for 25-40 hours of labor due to the tedious task that comes with replacing the head gasket.

This is why it is highly advisable that you don’t attempt to replace it yourself if you aren’t a mechanic.

They are commonly vibrations, heat, and most times, just normal wear and tear that any engine can go through. This causes the injector harness to run against other engine components.

This eventually happens until the wiring is exposed. Common signs you should be on the lookout for are:

The solution to injector harness chafing is to simply schedule a replacement.

Upgrading your previous injector harness simply takes the problem away and even prevents it from exposing parts that can initiate very serious problems.

Water pump failure seems to be a conventional weak point in many Duramax engines. Over long usage time, you’d begin to notice that the seals in the engine’s factory water pump begin to fail.

This usually sets in at about 80,000 miles. How do you know your water pump is going bad

The solution to water pump problems is replacing the bad one with either an aftermarket product or a factory one.

The good thing about aftermarket water pumps is that they can last a user substantially longer, as they are meant to correct the design flaws of the previous original one.

Sometimes, factory parts seem to be more reliable than aftermarket ones, as they can function better than cheap market alternatives.

Like many early emissions devices,  EGR systems are a common problem with the Duramax engine.

The EGR system lowers emissions by rerouting the exhaust gasses even into the combustion chamber of the engine.

EGR systems make use of coolants to reduce the temperatures of the exhaust gasses.

While this system effectively reduces Nox emissions, the coolant can undergo degradation that is usually a result of the extreme heat produced by the exhaust.

Carbon can also build up in the EGR valve or EGR cooler. This can cause the EGR system to fail completely.

How Can I Fix EGR Problems?

Well, if you have an EGR system that seems to be acting up, maybe it’s time for an overhaul.

EGR systems are an inexpensive and easy solution but bear in mind that they aren’t legal modifications on registered vehicles driven on the streets.

They are permitted to be on race trucks, though, so if you have a vehicle that isn’t street-driven, this is an excellent option.

If you use your truck for regular commuting and for work, you’d have to replace your EGR with aftermarket alternatives. Or you can have the kits replaced with OEM products.

Fuel lift pumps are essentially low-pressure pumps that draw fuel from the tank and supply the injection pump with fuel pressure consistently.

Because the 6.6 Duramax lacks fuel pumps, the CP3 injection pumps are now responsible for fetching fuel from the tank and also pressurizing it to reach the injectors.

The result of this? More significant wear and tear on the CP3 injection pump.

Fortunately for many users, the CP3 seems to be very durable and capable, making failure a less common problem as far as low mileage trucks are concerned.

The lack of a lift pump becomes a bug when you’re in need of upgrading your 6.6 Duramax.

If you’re going to go for advanced tuning or other performance modifications, you’ll need fuel to be constantly supplied; if not, you won’t enjoy the benefits maximally of the upgrade.

During acceleration, you can lose your fuel rail pressure. Of what use are your modifications, then?

Fuel lift pumps take care of this problem by providing constant fuel flow, and more interestingly, they can be adjusted to make up for fueling needs.

How do I Solve the Absence of a Fuel lift Pump in My 6.6 Duramax?

Well, the simple answer to this is to just add a lift pump. That the engine doesn’t come with its own fuel lift pump doesn’t mean it doesn’t support the fixation of one.

The good thing is that fuel lift pumps are not expensive, and even on a stuck truck, they can make a huge difference.

Whether you’re using stock or a modified truck, you buy a fuel lift pump as a lift pump/fuel filtration system kit.

The result of this is that your engine now burns cleaner fuel, and of course, there is now lower emission, longer life for fuel systems, and improved fuel economy.

How Many miles will a 6.6 Duramax Last?

According to Prosource Diesel, miles above 350,000 miles are dubbed high mileage diesel pickups that are used with a Duramax engine servicing it.

Anything greater than 350,000 miles can also be safely called high mileage if it’s a Powerstroke diesel engine.

So, 6.6 Duramax, when it comes to covering long distances, can be reliable to get the user good numbers, especially given that most users use the engine to tow for long hours.

How Reliable is the 6.6 Duramax Diesel?

Since 2001, the 6.6 Duramax has been in production batches. It has proved on a large scale basis to be relatively reliable and can cover most of the options and needs most users to expect from a powerful truck engine.

This is not to say that the engine doesn’t have its own problems, of which some are inherent in the design style and components of the engine. Conclusively on this matter, we can say the 6.6 Duramax is a good engine that can be relied upon to meet the basic needs of an everyday user.

What is the Best and Worst Year for the 6.6 Duramax?

6.6 Duramax has a long production history. We recommend you avoid any vehicle fitted with a 2001 down to 2009 Duramax engine.

For the 6.6 Duramax, the newer models are built with improved performance in mind. The first engine was the Duramax LB7 found in Chevrolet Kodiak and Chevrolet Silverado for the years 2001-2004.

In the lineup, it seemed to be the simplest due to the absence of a diesel particulate filter or EGR.

The subsequent models still had really terrible problems that began to confront a user from the earliest days of use.

We suggest while going for a 6.6 Duramax engine, and you avoid these years highlighted in this section.

The Duramax engine, in a revolution-like manner, made significant changes and modifications in 2011. Most of the changes, however, were to meet the new emissions regulations.

Despite the newer models being slightly more complicated than the previous older ones, they still seem to be more reliable.

The safest Duramax models to go for are the 2011-2021 models. These ones go a step further to offer better emissions. This can be credited to the exhaust injection feature in these newer models.

How to Fix Your Chevy Duramax Diesel stalling(Video)

What is the best Duramax motor to buy?

Released in 2017, a lot of users agree the L5P is one of the greatest Duramax engines to have.

It is more durable than a whole lot of other 6.6 Duramax models and features an amazing 445HP as well as 910lb-ft of torque. The L5P was a replacement for LML in Silverado trucks.

What tuner can I use for my 6.6 Duramax engine?

What are the best ways to get better gas mileage on a 6.6 Duramax?

6.6 Duramax is one of the best generations of the GM-Isuzu merger. These diesel engines are incredibly awesome when it comes to performance expectations like towing or offloading.

However, there are a few problems with them, most directly related to how they were designed.

This covers these problems extensively and offers solutions to each problem too.

If for one second you choose to look away from the shortcomings of the 6.6 Duramax, you immediately realize they’re excellent engines, and their problems don’t weigh much on them.