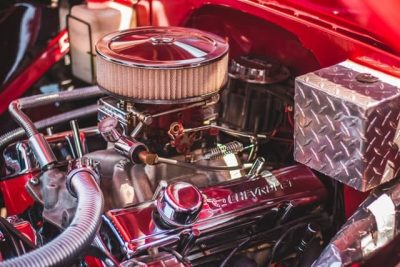 Do you own a Chevrolet? If yes, you must be aware of the fantastic Chevy 4.3 v6 reliable engine. GMC/Chevrolet 4.3L V6 Vortec engine is one of the most efficient engines designed by General Motors.

Belonging to the family of Chevrolet (GM) small-block engines, the series of v6 engines was first rolled out around 1978.

From 1985 to 2014, the company upgraded the efficient 4.3 v6 engine five times to improve its performance.

“Chevy 4.3 v6 reliability is quite well known. Usually used with the Chevy/GMC trucks, it enables them to run around for more than 150-200k miles without any hassle. A good and reliable engine that offers excellent fuel efficiency and performance, 4.3 v6 can offer long-run service when taken care of properly.”

But, even after being one of the best small-block engines, there are a few issues that one might need to face. So, let us explore the reliability of Chevy 4.3L v6 engine.

Further, let us find out the common problems and the potential solutions to avoid the replacement need, which might be expensive.

Yes, 4.3 v6 is one of the most reliable engines. In fact, most of the truckers who are driving the Chevrolet truck or pickup have successfully completed more than 400000 miles with no hassle.

Being a tough 6-cylinder-equipped engine manufactured by General Motors, you can use 4.3 v6 for years without any complaints.

Also, each time the engine was remodeled or upgraded; overall performance enhanced drastically. With the great fuel economy of Vortec v6, the 4.3L can easily cope with the rough handling.

Chevrolet 4.3 V6 engines are in line with the emission standards set by the Environmental Protection Agency, which is undoubtedly their unique feature.

Additionally, it has the capacity to cover 200000-mile which makes this engine one of the finest in the series.

But like any other engine, some common problems are associated with the chevy 4.3 v6.

Though most issues can be resolved by proper maintenance, there are a few that would need replacement of some parts like valves or pistons.

Knowing the issue and potential solution can save your time and money while maintaining the Chevy 4.3L ecotec engine.

Even though the Chevy 4.3L reliability is well-known, there are still some issues that the driver might face with the engine. The most common ones include:

4.3 v6 engine was most fitted in Blazer, S10, and Silverado pickups by General Motors during the tenure. Excessive oil exhaustion was one common issue faced in the LU3 category engines during the oil change.

The issue was prominent, and vehicles usually consumed unwanted oil of over 2 liters during the oil change.

The common symptom of the issue includes frequent oil change requirements, defective or damaged PCV, carbon deposit on piston rings, abnormal engine sound while running or starting, sense of a weighed-down vehicle, and others.

Common solution recommended for the excessive oil consumption issue is turning down the AFM system.

This will eliminate the selective cylinder shutdown mechanism, which is considered the major reason.

Engine Knocking was an issue associated with 1996-2002L35 V6 engines. You will face this problem when gas is not combusting at a constant rate.

Fuel pockets tend to blow up at the wrong time, which gives the knocking down sound. You will more prominently notice this sound when you try to warm up or accelerate the engine at a fast pace.

Usual signs of the issue include carbon accumulation, low-quality oil, faulty spark plugs, and others.

Engine knocking issues can hamper the reliability of chevy ecotec 4.3L by drastically damaging the internal of the engines like the pistons and cylinder walls.

While this is not that common if you are using degraded or low-quality gasoline, you will soon encounter a knocking problem.

A root cause of the problem is still unknown, so there is no concrete solution. The best choice is to go for a piston change as it can resolve the problem very easily.

L35 and LB4 V6 Vortec versions included the intake gaskets. These models were more prone to damage that can be up causing stalling, leakage, or multiple other issues.

Gaskets in these models were made from blended plastic or composite materials that were not long-lasting or robust.

Gasket problem was magnified due to the metallic components or other intakes stuck within them.

Due to the flow of the coolant, constant contraction and expansion occur, which erode the intake gasket.

Such a situation can lead to a complete breakdown of the gasket making it more vulnerable to leaks.

Reasons commonly identified for the issue include cracking, tearing, and withering of the gasket resulting in the loss of the vacuum and finally ending at the point where the engine is overheated, and performance is reduced.

Straining to accelerate, engine misfiring, overheating while driving, and issues with engine coolant are common signs of the problem under consideration.

You should maintain your vehicle at the base by regularly going for the intake manifold gasket checks to identify if there are any signs of leaks or cracks.

Furthermore, you can go for the intake gasket change once you have covered 80000-miles.

CPI or spider systems were used on the LF6 and L35 V6 Vortec engine series from 1996 to 2002. The main pump with 6 connected tubes attached to the V6 cylinders powers this central port injection module.

A high fuel ratio might cause misfiring and other issues with the engine. An engine can fail due to unburned gasoline, which would induce early combustion due to excessive heat.

If your engine is operating rightly or is not operating aptly on low RPMs, you might be having the CPI problem.

Next, the issue is quite evident if there is hard cranking, hard start, or if the engine is taking too long to pick up.

Looking for a practical solution should be your first choice when aiming to resolve the CPI issue to gain back the Chevy 4.3L reliability.

Go for replacing the fuel pressure regulator, which is indeed the best solution that you can adopt.

Chevy 4.3L reliability is not only based on the performance or fuel efficiency but the GMC 4.3L LV3 Eco-Tec 3 engine is also based on the amazing AFM or Active Fuel Management technology.

But eventually, the Active Fuel Management (AFM) technology turned out to be ineffective. Lack of concrete reasons leads to the neutralizing of the AFM lifters.

The common causes of the AFM problems include the following:

When considering the symptoms, you should keep an eye on the problem with accelerating, abruptly stalling the vehicle, issues with full power delivery, hard downshifting, and jerks while driving.

AFM is an issue that you can simply resolve by taking the vehicle for regular maintenance. Using the top-quality oil is another great solution for the Active Fuel Management (AFM) technology problem.

Carbon buildup is quite a common issue with most engines and vehicles. 4.3L V6 EcoTec3 LV3 engine came with the EGR system that channeled some of the exhaust gas through the combustion chamber.

The process is known to mix the toxic fumes and fresh air together, which can lead to further purification.

But the CPI engine can get blocked due to the EGR installation. Sometimes, the EGR can be blocked entirely, compromising the performance, and increasing fuel consumption.

Carbon deposits on a standard direct-injection engine’s valves and intake ports are common. The gasoline cleans and monitors carbon accumulation.

But some direct-injection engines feed fuel directly into the combustion chambers, bypassing intake ports which leads to the carbon buildup.

The most efficient solution for the carbon buildup issue is to cleanse and maintain the ports and engine valves with the help of walnut blasting.

When considering the longevity of the Chevy 4.3 v6 engine, you will be surprised to know that you can easily make it past the 200000-mile mark.

Additionally, there are instances where the driver crossed the 400000-mile mark, and the engine is still performing great.

There is no doubt that Chevy reliability and performance are among the best.

The best way to ensure such performance is by maintaining the engine periodically, changing the oil at regular time intervals, and cleaning the filters appropriately.

Chevy 4.3L vortec quality are highly based on the features and specifications it possesses. It is known to deliver excellent performance with least breakdown or frequent maintenance needs.

Direct injection model for fuel with 6-cylinders and 2-valves per cylinder, the oil change is required at 7,500 miles (12,000 km) or 12 months, whichever is earlier.

Ensuring to commit to these maintenance guidelines will make your engine more efficient and offer you a long-term stress-free service.

You will enjoy the optimum Chevrolet 4.3 vortec reliability when you maintain the engine timely.

Since it is a gasoline-powered engine, you are required to ensure proper maintenance by way of an oil change, fuel filter replacement, carbon cleanup, engine coolant flush, and transmission fluid replacement.

Again, if you want to have even better service, try to avoid conditions like dusty environment, excessive idling, and frequent hauling.

3] What Is the Transmission and Maximum Towing with a 4.3L Vortec Engine?

Combined with the Chevy 4.3 vortec reliability and performance, the maximum towing capacity is 7900 pounds.

Further, the initial 4.3L Vortec engines were designed with a 5-speed manual transmission, which GM, later, shifted to a 6-speed automatic with manual shifting mode in 2014.

So, can you assure the Chevy 4.3 v6 reliability? Well, the most straightforward revert to this inquiry is Yes.

GMC offered this incredibly robust and performance-oriented engine that can operate for years without any significant issues.

You just need to ensure timely maintenance and upkeep to have the best outcome and steady performance.