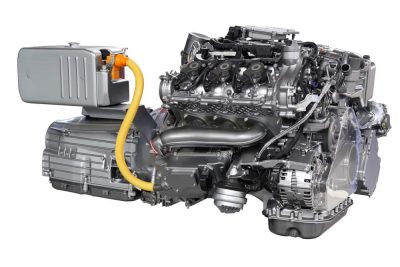 In 2020, General Motors released two Chevrolet models with a new 6.6-liter gas engine. Before then, it used the same version on Duramax diesel models. If you want to purchase Silverado HD 2020 or Sierra HD 2020, familiarize yourself with Chevy 6.6 gas problems.

Together with the 6-speed auto (6L90) transmission, the 6.6-liter engine has its problems.

What is the Fuel Mileage for a 6.6 Gas Engine?

Before we talk about the 2020 Chevy 6.6 gas problems, let us find out the fuel mileage of this engine. Like other gas engines, the 6.6-L V8 engine can give you a 14mcg in the city and 18mcp on the highway.

And while at it, you will use regular gas rather than premium fuel. We should expect the fuel mileage to reduce when towing heavy things, but you will still use less fuel.

Thus, a 6.6L gas engine is cheaper to run than the 6.6-liter Duramax engine that needs premium diesel.

Read more about how do you know your chevy’s active fuel management is not working.

How Reliable is the New 6.6 Gas Engine?

Regarding reliability, the 6.6-liter engine is okay for most uses. One advantage it has is its ability to tow 16,600pounds, which is 18 percent more towing strength than its predecessor’.

If compared to a similar Duramax diesel engine, the gas engine is cheaper to buy and maintain.

Most users think that this engine is ideal for off-roading due to its swift response time. Had it come with an 8-speed or 10-speed transmission, most users would have been happier with it.

PRO TIPS: Don’t miss one of the great upgrade with AirDog  fuel Pump for 6.6L Duramax.

What are the Common Chevy 6.6 Gas Problems?

Like other engines from General Motors, the Chevy 6.6-L engine has issues you should know. Although they may seem severe, these problems are easy to solve.

Owners of the 2020 Sierra HD or Silverado HD might have noted some of these issues already. So far, the 6.6-liter V8 engine has mixed reactions from users.

Some criticize it, and others support it. Those who oppose it feel that the engine has several issues.

Conversely, those who love this gas engine think that critics have not tested it off the road. All in all, here are the 2021 Chevy 6.6 gas problems you should know.

One of the most disturbing and persistent problems in the 6.6L gas engine is the knocking noise. As it is not loud enough, users have a problem locating it.

One interesting thing with this problem is that it begins after doing the first oil change or the second one.

You can estimate the first oil change to be a period after covering 2,400 miles and the second one after around 6,500 miles.

If you are about to hate this engine because of this noise, we have some news for you. Even Ford and Dodge engines have a knocking sound.

Experts think the cause of the knocking sound can be a transmission case as the noise emerges when the car is idle.

Another reason for this could be low-quality oil because the problem arises after changing the oil for the first or second time. Other possible causes can be defective lifters and valve springs.

One of the easiest ways to eliminate the knocking sound is to swap your current oil with a premium-grade product. It might cost you more money, but you will improve your ride.

Unfortunately, users state that changing the oil grade did not solve the noise issue until they had covered around 1,000miles.

Ensure that you ask your mechanic to inspect the transmission case, valve springs, and other parts to locate the root cause. After replacing or repairing the faulty parts, the knocking sound will disappear.

Do not get us wrong when we say that the 6.6L gas engine can be slow. While its horsepower may be good enough for some users, those who want a sports car experience do not like it.

Many of these users think that the engine is sluggish and unreliable. Chevy’shevy’s 6.6 L engine can perform seventy-five percent worse than a diesel engine when towing.

What is the cause of sluggishness in normal driving and when towing? Perhaps the problem occurs due to downshifting, low engine power, or design issues.

There is probably nothing you can do because the truck is doing what they made it to do. If there are ways to boost its horsepower, confirm with your mechanic.

Problem 3: Does not accelerate well

One of the 2020 Chevy 6.6 gas problems includes poor acceleration. Even if we compare its acceleration to the 6.6-liter Duramax engine, the gas engine acceleration is weaker.

Gasoline engines offer excellent acceleration, yet the 6.6L engine does not. If you drive your truck daily, you want it to accelerate and save time.

If your 6.6 gas engine has weak acceleration, the cause can be inadequate fuel or an airflow impediment.

Check if the fuel pump has defective parts or if it has started to fail.When was the last time you changed the fuel filter?

Probably the filter is dirty and clogged up. Replace your dirty fuel filter and see if the problem disappears.

Earlier, we noted that this engine uses a 6-speed transmission style. A group of users feels that General Motors should have used a better transmission design.

When the transmission speed is low, the engine can be less reliable.

When the cause is simple, you might have a dead battery, murky filter, or low transmission fluid.

Severe causes of transmission issues can be leaky internal hydraulic, faulty valves, or any other defective component.

If your mechanic finds concerning issues in one or more engine parts, they can replace or repair them.

Generally, users of the 6.6L engine seem to have a problem with the 6-speed transmission design itself.

How long will a chevy 6.6 gas engine last?

People have mixed views concerning the new 6.6L gasoline engine by GM. Some like it and go the extra mile to support their claims.

Others dislike it in favor of the Duramax diesel engine for the same Chevy models.

Due to these contradicting views, many people have endless questions about it. Before buying a car on this engine style, you want to know if it is durable.

People think it is a heavy-duty truck engine with lower acceleration and towing capacity.

Those who use it for work do not like its sluggishness. They aso dislike its inability to tow as much as a similar Duramax truck with a 6.6L engine can.

But those who use it for leisure drives may not have a problem with acceleration and speed. If you maintain your vehicle well, it will last longer.

Many small block Chevy engines can do over 300,000 miles, and the 6.6L engine can probably last this long.

Considering its sturdy components, such as the cast-iron block, forged steel crankshaft, and forged powder-metal connecting rods, the 6.6-L engine is super durable.

As a result, the engine offers a higher compression ratio and higher horsepower and torque output.

After learning about Chevy 6.6 gas problems, you should know its specifications. Check these in the table below.

Is the new Chevy 6.6 gas engine worth buying?

There is no doubt that some of the 2020 Chevy 6.6 gas problems are disappointing. To avoid or buy this engine, consider how you use your truck. Do you use it as a commercial car or a family car?

Users who drive their trucks daily for business reasons are not particularly happy with the performance of this engine.

Due to its sluggishness and poor transmission speeds, they feel that the diesel Duramax counterpart makes a better choice.

In contrast, those who use it to tow light cargo say it performs even better on rough roads.

If we compare it with its predecessor, the 6.6L has more horsepower and torque. Some people argue that its performance is okay for a truck of its towing capacity.

Others say it does not have as much horsepower as the maker depicts. Based on this viewpoint, you can weigh whether the Chevy 6.6 L gas engine will meet your needs or not.

Note that its fuel mileage is perfect, and you will never have to use expensive premium gas.

GM has both LS and LT engines. Which of these suits the 6.6L engine?

General Motors produces LS and LT engine series. While its precursor was LS, the 6.6L gas engine is an LT. One thing you can helplessly notice about the LT engines is their durable components.

In particular, the 6.6L gas engine is a cast iron small block LT version. Cast iron has perfect properties and one of these is durability.

Again, the same engine consists of a forged steel crankshaft and other long-lasting metal parts. We can also see that LT engines have more torque, horsepower, and towing capacity.

In the case of the 6.6 gas engine, however, less power and less acceleration appear to pester some people. In all, the 6.6 v8 LT engine is good if your needs match its performance capacity.

General Motors has excellent LT engines, including this one, but you must choose it based on your driving conditions.

There is nothing new about some of the problems you find in the 6.6Liter gas engine. Some former users of Ford and Dodge are happy to own a truck using this engine.

When you consider the knocking sound problem, for instance, you will realize that it is not Chevy-specific.

Even other vehicle makes have this problem.

A car engine that cannot accelerate well is nothing new. If you learn how to solve these issues, you can enjoy having a long-lasting 6.6-liter gas engine.

We have offered you possible solutions for each problem, and you can seek more answers from your mechanic.

If you already have a 2020 Chevrolet truck with the 6.6L LT engine, you know it has its advantages as well.

While some of its problems exist, users have varying opinions on other issues. But there is one problem that all users seem to agree on, and it is the poor transmission.

Due to the six-speed transmission, it is harder to climb hills when towing at a speed range of 40 to 50mph.

In their opinion, people feel that General Motors failed to give this engine the transmission speed it deserves.

After learning various Chevy 6.6 gas problems, what are your reactions? Can you buy this engine or a used car using this engine?

Discussions on different online forums have interesting but mixed-up views about the 6.6 gas engine.

One group of people favor the LT engine, and another group feels that the Duramax diesel engine can outperform it. In our opinion, the 6.6L V8 LT engine is reliable.

If like to recommend check out Chevy 2.8L Duramax Engine Problems.