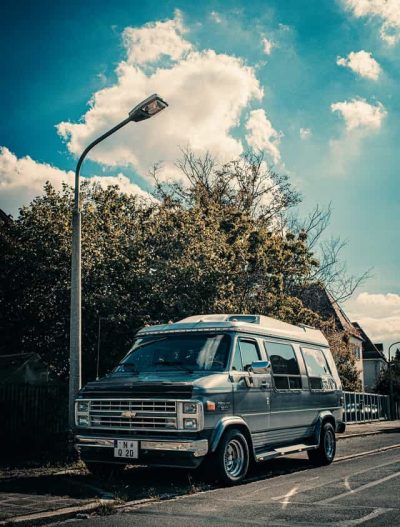 If you are looking forward to purchasing a Chevy Colorado, then you have come to the right place. A Chevrolet Colorado is one of the best choices you will ever make since they are compact which means they can fit in tight spaces and are fuel-efficient, powerful, and strong. But this truck is not without its faults either.

“Avoid Chevy Colorado from the years 2004, 2005, 2015, 2016, and 2018 for having problems with the transmission, cooling system failures, electrical problems, and interior problems. 2015 model was the most troublesome having received seven NHTSA recalls.”

Below, we will shed more light on the Chevy Colorado years to avoid and the main reasons why.

Is Chevy Colorado a Reliable Truck?

Yes, Chevy Colorado is a reliable truck, thanks to its powerful diesel engines, incredible horsepower, off-road and on-road capabilities, and it is a comfortable truck.

Also, it has a decent gas mileage and can conquer even the most challenging tracks.

Chevrolet Colorado is the flagship midsize truck of the company that has been in the market since 2003.

For a car to be in production for two decades, it must mean that the vehicle is decent and reliable enough to stay that long in the market.

What Makes the Chevy Colorado Unreliable?

Instead, only a few models have been considered unreliable for several reasons as you will discover further in this post.

The most common kind of problem that most of the users have encountered includes transmission issues.

Other issues that owners of these models have complained about are engine misfire, loss of power steering, faulty blower motor resistor block, keys getting stuck in the ignition, and a soft brake pedal.

However, some of these problems are only limited to certain Chevy models and not all.

Which Chevy Colorado Years to Avoid?

Most Chevy Colorado trucks will allow you to enjoy the vehicle for the longest time possible without encountering any deal-breaking problems.

However, there are several Chevrolet Colorado years that you should avoid. We have listed those models and the reasons why they are unreliable.

Such issues encountered in this 1st Generation Chevy Colorado include:

Some of the issues that the users of Chevy Colorado 2005 have faced include:

2015 Chevrolet Colorado had the highest recorded number of issues. Here are some of the problems found in the Chevy Colorado 2015:

Some of the main concerns experienced in the Chevy Colorado 2016 are as follows:

Issues that made the 2018 Chevy Colorado unreliable include:

Is The 4 Cylinder Colorado a Good Engine?

Also known as the 2.5L four-cylinder, it is the standard engine found in Chevy Colorado trucks. With 191-lb-ft of torque and two hundred horsepower, the four-cylinder engine can pull anything of up to 3,500 pounds.

Therefore, this engine is good for those truck owners who have lighter towing needs but at the same time want a good hauling force when needed.

The 4-cylinder is the perfect combination of fuel efficiency, power, and cost.

Is the Chevy Colorado 3.6 Reliable?

As compared to the four-cylinder engine, the 3.6l DOHC V6 engine option is best for pulling and hauling heavier loads.

3.6 engine delivers 308 horsepower and gives you 7,000 pounds of towing strength. Hence, it is a more reliable engine than the 2.5l four-cylinder.

How Many Miles Will a Chevy Colorado Last?

If properly maintained, a Chevy Colorado can last anywhere from 250,000 to about or a little bit more than 300,000 miles.

Remember that this is only an estimation, but you can expect to get at least 200,000 miles with most of its original parts.

200,000 miles are the common life expectancy of the Colorado engine, but some owners say that their cars are still going strong even after 300,000 miles, depending on the vehicle model, of course.

Which Chevy Colorado Engine is Best?

Chevrolet Colorado has an engine for everyone whether you value efficiency, reliability, or power. These best Chevy Colorado options are as follows:

A 2.5L four-cylinder engine: Comes with a two hundred horsepower and a torque capacity of 191 lb-ft. Its torque is notably lesser than the other engines listed below. However, the 2.5L four-cylinder is a standard engine with a towing capacity of 3,500 pounds. Thus, you will be able to pull such things as horse trailers and deck boats.

A 3.6L V6 engine: Comes with a solid 308 horsepower and delivers a 275 lb-ft of torque capacity. So, hauling heavier loads and pulling your loads will be much easier with this engine than the 2.5l four-cylinder engine. Moreover, your towing capacity is doubled with this 3.6L V6 engine making it the ideal vehicle for those who love traveling as they can tow their travel trailers.

A 2.8L Duramax® turbo diesel l4: Includes a 181 horsepower and 369 lb-ft of torque capacity. You get 7,700 pounds of towing power with this engine. And with its torque, driving and pulling loads up the hills and mountains will not be a problem. Besides, the 2.8l Duramax® turbo diesel engine is the most gas-efficient of the three options.

These are three distinct engines to suit every buyer’s needs. Whether you want a heavy load bearing engine or a fuel-efficient one, or a mixture of both, then you are certain to find one that suits you best.

Simply choose the engine that you think will perform your duties efficiently.

If you are looking for an engine that is dependable and fuel-efficient, then the 2.5l four-cylinder will do. But if you are searching for a gas-powered and faster truck, then the V6 engine is the best option.

However, if you want an all-round engine that is reliable and can last longer, then the Duramax Diesel is the perfect option.

You can expect the latter to last up to 400,000 miles or 500,000 miles. The only issue is that the Duramax Diesel engine is a little bit more expensive than other traditional engines.

You are now familiar with some problems found in certain Chevy Colorado models.

In this section, we are going to list out the most common issues found across the different model years other than the ones we have listed above.

Drivers of these trucks especially the 2019 model have complained that their cars could take about three seconds before they go into gear.

Other reported transmission problems included excessive vibration and shuddering at certain speed levels, and friction between parts, which leads to metal shaving, and this may contaminate the transmission fluid.

Moreover, there were cases of drivetrain problems such as a vibrating drivetrain, which may be caused by a damaged engine or bent driveshaft.

Owners reported that their engines could stall due to a couple of reasons such as worn-out seat valves, faulty ignition coils, vacuum leaks, and damaged spark plugs.

03. Keys Getting Stuck in Ignition

Another common issue found in the 2015 Chevy Colorado is the key getting stuck in the ignition.

Owners complained that this was an issue because of key debris, damaged ignition cylinder, and locked steering wheel, among other issues.

Fuel level sensor failure is a main concern in the years 2004 to 2021 Colorado trucks.

Some owners have reported that their vehicles ran out of fuel at an alarming rate while others said their faulty fuel gauges prevented them from knowing the fuel level of their trucks.

Loss of power steering has been reported in the 2015 model. Several factors may lead to this problem such as low fluid levels, contaminated power steering fluid, and damaged belts.

You may come across one or two or all these concerns depending on the model you have, but proper care and maintenance may clear up or prevent some of them.

If you encounter any of these problems, the first step you should do is to contact a mechanic for the best diagnosis.

Note that the cost of repairing these issues will differ depending on how serious the problem is. Also, it is best to check whether any of these problems are covered in the warranty if it is yet to expire.

Which Chevrolet Colorado model is the best?

Not all Chevy Colorado models should be avoided. If you are in the market for one, then you should do a background search of the vehicle to learn more about it and find if it is reliable enough.

Nonetheless, Chevy Colorado is a dependable mid-size truck that will last to an average of 250,000 miles when maintained properly.

The best year must be the 2017 model or newer since they have fewer complaints and NHTSA recalls, unlike the earlier models.

How do I ensure that my Chevy Colorado lasts if possible?

To make sure that your truck lasts longer, then you need to do a few things. Firstly, ensure that you change the oils and filters frequently.

Take the truck to the professional for regular maintenance. A professional can diagnose other problems before they get worse.

Which are the most reliable Chevy Colorado to buy?

These models often do not encounter any problems and have fewer complaints plus they are cheaper to fix.

After reading the post above, you are now familiar with the what year chevy colorado to avoid and the reasons. We have discussed some of the common problems you may encounter in these models.

Transmission issues are the key concern in all the mentioned models. Keep in mind that proper maintenance and regular inspection of your vehicle are what will make it reliable and prolong its life.

In general, Chevy Colorado is a compact truck that is powerful, affordable, and fuel-efficient.

It will surely get the job done whether driving on the highway or rocky pathways, thanks to its horsepower and towing capacity.