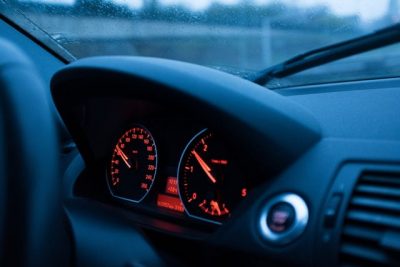 One of the issues most Chevy Cruze users have had is the StabiliTrak warning service that keeps coming on. However, this remains the most reliable and innovative safety features that GM vehicles have incorporated into the Chevy Cruze models.

“Chevy Cruze service Stabilitrak was precisely designed to curb accidents by offering a driver better handling and control of the Cruze. Getting a service StabiliTrak warning is a notification that a loss in lateral traction has been detected and that your Cruze will be left unassisted. Since the StabiliTrak works with several complex sensors, you can rely on its service to help you navigate safely.”

In this post, we came up with common symptoms that may result from your Stabilitrak warning notification coming on and how to handle it. Keep reading!

What is Traction Control?

They use electronic systems with special sensors that help reduce wheelspin or prevent it from happening.

This is because wheelspin indicates that tires are not well fixated on the road surface, which could lead to oversteer or possibly, understeer.

Traction control works in a pretty simple manner. Its basic function is to detect situations where vehicle tires begin to lack grip, possibly resulting in wheel spin and countering this action.

If your vehicle’s ABS sensors detect that you have a spinning wheel, the onboard computer will temporarily cut the engine’s output. This minimizes the wheel’s speed, thereby allowing it to gain traction.

What Does Service StabiliTrak Mean on a Chevy Cruze?

Since it works with several sensors, notifications of your vehicle acting on your input during an emergency are assured.

With data obtained from this inspection, it could apply brakes or reduce the engine’s power, depending on the need of your vehicle at the time.

Whichever one it is, the goal is to get your Chevy Cruze back on track.

If you lose your Stabilitrak, the funny thing is that it is barely noticed when you’re driving normally.

Its use is charged during emergency situations. Here are some things to look out for that point to the Cruze service Stabilitrak problems.

You notice that something is wrong with your Chevy Cruze when the service Stabilitrak warning light comes on.

In most cases, Service Stabilitrak and check engine light flashing are two simultaneous events that can be pulled off, showing a need for serious attention.

Typically, traction control systems use sensors that can spot the condition of your wheel traction.

This is in contrast to the Chevy Cruze Stabilitrak, whose duty is to control issues with sliding(lateral movement).

Traction control inhibits wrong spin movement. This is because the lateral side would be inhibited from spinning.

When you’ve begun to notice a significant drop in the power and performance of your engine, your Stabilitrak system may have a hand in this.

Bear in mind, however, that a lot of factors can cause an engine’s drop in power performance.

Nonetheless, checking your Stabilitrak system to determine if it’s coming from it is highly recommended.

the 2013 Chevy Cruze service Stabilitrak is notorious for this. You often notice your check engine lights coming on at intervals.

Check engine lights are notification bleeps of a problem with your car engine or very important accessory. Your Stabilitrak system can cause them to be triggered too.

If you hear strange noises especially grating or rubbing, it could be a problem with Stabilitrak. Some users report whirring noises when the system is malfunctioning.

Other symptoms of the chevy cruze service power steering and stabilitrak malfunction include hard shifting issues that make it difficult for you to change your vehicle gears, messages from service traction control, and many trouble codes like disabled ABS, detected cylinder four misfires, and so on, always coming on.

Service Stabilitrak issues have been linked to a lot of things.

The system seems quite complicated, and being able to diagnose the cause of the problem may require looking into the system more closely.

Here are common causes of malfunctioning Stabilitrak in Chevy Cruze:

It will be impossible for the Cruz to know if all the wheels are spinning uniformly when you’ve got one or two-wheel speed sensors malfunctioning or absent.

This inevitably leads to the activation of the StabiliTrak service warning.

02. Tires with the wrong size

Experimentally, it was discovered that Stabilitrak failed to function correctly when the tire dimensions were different from the size of the GM.

03. Pedal switch if a brake

Pedal brake switches do more than determine whether your lights are on or off. The ECU uses this switch to control cruise control systems or Stabilitrak.

If the switches are dysfunctional, it could cause the system to be disabled.

The solution to issues with Stabilitrak is largely hinged on resetting the system. There are two ways this can be done.

We’ll take you through both processes.

With a scan tool

Some people recommend resetting the Stabilitrak system at home without the help of a professional. We strongly warn against this.

Bear in mind that Stabilitrak problems are system issues.

Too many variables are in the mix. Hence, you should only handle this if you have some experience dealing with Stabilitrak systems.

These are the nine steps needed to reset a Stabilitrak system using a scan tool.

Without a scan tool

This procedure is more like a first aid that allows you to reset your Stabilitrak system by yourself.

If this fails to solve the problem, you’ve got to use the service of a mechanic.

What Does it Mean When my Chevy Cruze Says Service StabiliTrak Control?

If your Chevy Cruze says service Stabilitrak control, it could mean the system is malfunctioning.

Another probable cause for this may be that the system was turned off or it’s receiving a bad signal. In cases like this, the traction service light is always on.

This is a strong indicator that the system is faulty. Here are a couple of things that could cause that

This is most commonly the case with a vehicle saying service Stabilitrak control.

This warning can emerge days or even weeks before other components get damaged, including the battery. This bolsters the reason why the alternator should be checked all the time.

A faulty input sensor causes the service Stabilitrak alert to pop up on your vehicle dashboard. Wheel speed can be a cause of this problem.

Speed angle or rate of turn could also contribute to this. To solve this problem, your sensors have to be replaced by technicians to stop these errors from escalating into something more serious.

The system controller is faulty.

Another reason why you may get a system warning is due to a faulty system controller. This can be easily fixed by just resetting the system. This may, however, require you to visit the dealership.

Another reason for a Stabilitrak system warning like that is a failed connection.

Common scenarios that lead to this are when the negative cable mistakenly gets disconnected and gets reconnected again.

This could lead to a faulty connection. For a situation like this, you need to allow your vehicle’s computer some time to recognize and take the corrections made by the Stabilitrak system.

How Do You Reset a Chevy Cruze Service Traction Control

The light of the traction control signifies that your vehicle is working properly in maintaining traction between surfaces that are slippery.

Traction control functions such that power is transferred to the vehicle wheels whenever the driver comes across a slippery surface that may cause it to roll.

This way, your Chevy Cruze is able to maintain traction on snow-covered tracks, icy tracks, or even when you’re driving through muddy tracks.

The traction light comes on whenever it is engaged, and it goes off as soon as it’s no longer in use.

Hence, if you’re driving on an icy road, expect the traction control to come and off.

If your Chevy Cruze’s traction needs to be fixed, you would need to reset the system after fixing it. Here are the steps with which you can get that done.

That’s all you need to do. The service traction control would have been turned off if everything is fine. If it still works, you have to hand your vehicle over to a mechanic.

What commonly causes the malfunction of Chevy Cruze traction control?

Unfortunately, the sensors seem to be exposed to the elements at all times. This means that their performance can be interrupted by water, dust, mud, etc.

Another reason for this may be a damaged wire between the traction control system and the sensors. This, of course, creates a problem transmitting readings.

How do I turn off Stabilitrak for my Chevy Cruze?

For all Chevy models of the 2009 and below, including the 2013 model and the 2012 Chevy Cruz, service Stabilitrak and traction control system all require disabling the StabiliTrak by entering a peculiar code into the vehicle.

How do I know if my traction module is bad?

You can tell if your traction module is faulty by three signs. The first is if your check engine light is always coming on. The second is issues with the brake, and then lastly, the control switch lacks depression.

Stabilitrak is specifically designed for GM vehicles, including the Chevy Cruze models. Its working mechanism is simple  – the use of sensors to assess your vehicle’s sensitivity to emergencies.

A faulty Stabilitrak is prone to slippery wheel experiences, which is why babe highlighted how you could fix or rest your Stabilitrak system. Follow the guide above.