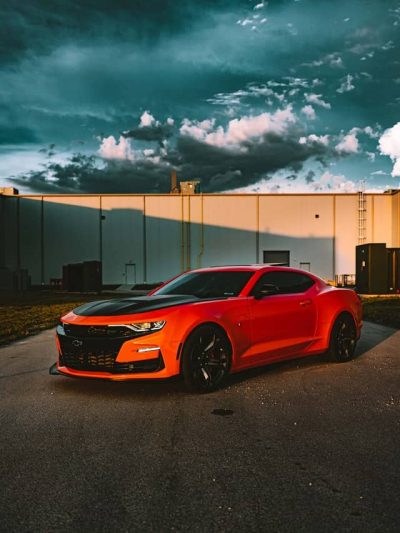 To be considered a road legend, then you’ve got to have stayed on the roads for a long time, beaten all odds, and caught the hearts of many drivers.

Well, that is what Chevy Equinox has achieved, ever since its debut in 2005. But even the best things in life have their flaws as you will see in Chevy Equinox.

Ever since its entry into the market, Equinox has faced many issues, which forced it to gain poor ratings from its owners.

Most of the complaints from some of the Chevy Equinox models include excessive oil consumption, the smell of gasoline, fuel pump failure, and internal issues.

What Years of Chevy Equinox to Avoid?

Usually, these are the Chevy Equinox years to avoid:

Chevy Equinox has been in the market since 2005, which explains why the 2005 had its share of complaints. A large number of owners complained about a blown head gasket.

One or both head gaskets in the 2005 3.4l V6 engine, would develop a massive leak, which could result in a blown engine.

And if you continue driving the vehicle with this problem, it led to a cracked engine block after some time.

High gas consumption and faulty safety features are the problems that were found in the 2010 – 2017 models.

An issue with this model is that the 2010 Chevy Equinox uses the 2.4l engine type, which has gained a bad reputation for oil overconsumption.

According to users, the 2010 Chevy Equinox offers disappointing fuel efficiency and a high engine replacement cost as compared to competitors. Some users had to spend a lot to replace their engines.

Right after 2010 came 2011 Chevy Equinox where the same concerns worsened. Reports of high oil consumption and clattering noises when starting the car increased.

Additionally, there were other safety concerns just like in the 2010 model.

Owners complained of the variable timing system having a weak point, which could cause the car to stop suddenly while driving. As you know, this could put the drivers in a dangerous position.

However, this does not mean that all the problems vanished. In the 2015 Chevy Equinox, users reported infotainment problems and electrical problems.

Once in a while, an engine issue could come up.

Does Chevy Equinox Have a Lot of Problems?

Chevy Equinox has displayed a few problems across its three generations:

Most frequently, the owners of this vehicle have complained about excessive oil consumption.

Some owners have complained about their vehicles consuming a lot of oil and the engine failing at around 100,000 miles.

Excessive oil consumption causes a lack of lubrication, which could lead to a blown engine and this is costly to fix.

Fortunately, this issue usually comes up when the car still has a valid powertrain warranty, which means that the warranty will cover it.

However, if the problem is not covered in the warranty, it would cost around $3,000 or more for engine replacement alone.

Another problem encountered by Chevy Equinox is engine power reduced.

You will experience this issue when the electronic control unit (ECU) detects a fault in the system such as the throttle or airflow.

Your air filter could be clogged, reducing the airflow that your engine needs.

Usually, you could drive your car home in this condition, but it will be so uncomfortable, especially with the lurching.

Try to clean out the air filter box and see if your car will run better after that. If it doesn’t then the problem might be something else.

Others recommend removing the negative cable on the battery and letting the car sit for about half an hour, but the problem will reoccur.

Therefore, the best solution is to get the car checked at a repair shop as soon as possible.

The mechanic can inspect the car, find, and fix the issue. But keep in mind that the cost of fixing will depend on what is damaged.

Chevy Equinox starter problems have been an issue for about 13 years. You can notice this problem when you turn on the key and the vehicle does not start.

However, if your Chevy Equinox does not start right away, do not go on assuming that the starter is bad.

Other issues that can cause it include battery cables, a neutral safety issue, or a bad battery.

Bad symptoms starter problems include grinding noises when turning the key on and smoke coming from under the cover.

Starter replacement is a simple procedure but quite costly. A new starter can range between $400 and $850 depending on the engine and labor costs.

Otherwise, you can take a look at the battery cables. If corroded, you will need a good wire brush to clean it up.

Also, check whether the wire that connects the battery to the starter is burnt. If the battery cables look okay, then go on to the neutral safety switch.

Try putting your Chevy Equinox in neutral and start the engine. If it starts, then the problem might be a bad neutral safety and not a bad starter.

According to some Chevy Equinox users, most of the time, it would take much longer to change gears and you may hear a weird noise whenever you put the car into gear.

Such symptoms may be easy to dismiss, but assuming them might hurt other parts of your car.

Some other problems that have been reported about Chevy Equinox transmission include:

Solutions for these transmission problems would be to buy another Chevy Equinox transmission, whether used, rebuilt, or remanufactured. Although it is also a nice idea to take it to the shop to have the accurate problem listed out by a professional.

Through its years, Chevy Equinox has had more recalls due to some of its safety issues. The 2019 model had most recalls than any other year

What are the Cost of Repairs?

Repairing your Chevy Equinox will be affordable or expensive depending on the type of problem it has.

Also, the cost of repairs will depend on whether you need new parts such as a new engine and labor, in case you take it to the mechanic.

Here is a peek at some of the repairs, depending on the Chevy Equinox year:

On average, owners can spend $1,740 to fix engine failure and around $3,370 to solve excessive oil consumption problems.

Is Chevrolet Equinox a Reliable Car?

Chevrolet Equinox has a high rating when it comes to reliability. When equipped properly, the car can tow up to 3,500 pounds.

Besides, it offers all the necessary features you need to make your driving comfortable and fun. Below are some of the reasons why Chevy Equinox is a reliable car:

Chevy Equinox has a 2.0L turbocharged engine, which is quite powerful with 252 horsepower and 260lb-ft torque power.

Chevy Equinox is known to offer a smooth ride and you can barely feel any road irregularities from the inside of the cabin. So, you can easily drive on a bumpy road with no worries.

Chevy Equinox can handle any twists and turns with ease and you will not feel anything.

The seats are comfy and passengers at the back will have ample space for thigh support.

Also, the seats are well-padded. Those owners who have neck or back problems will find the seats supportive and relaxed.

One of the best things about Chevy Equinox is that it has decent mileage. According to ratings, the car can get to 25 mpg in the city and 29 mpg while driving on the highway.

Chevy Equinox is equipped with plenty of helpful driver aids to make your driving safe and enjoyable.

What Year Is the Most Reliable Chevy Equinox?

Even though Chevy Equinox has its worst years, it still has its best years. In short, not all Chevy Equinox cars are created equal.

But choosing the best models will depend on the generation you are choosing from. Here are some of the most reliable Chevy Equinox cars:

If you are looking for the best compact SUV, then the 2009 Chevy Equinox is the way to go. However, it is quite hard to find since it has been over 10 years since this model was made.

Thus, not many people are selling them. But other than that, the 2009 Chevy Equinox has a decent gas mileage, especially while on the highway. It also can tow up to 3,500 pounds.

2011 Chevy Equinox might be more than 10 years old, however, it is a fun and enjoyable car to drive. According to its owners, this model is quiet and very reliable, thanks to its 4-star safety rating.

Also, the interior is still spacious even though the 2011 Chevy Equinox is somewhat shorter than the newer models.

In the second generation, the best cars you can go for are from 2013 to 2017. These cars have a 3.6L engine, which is more reliable than the four-cylinder engine.

When it comes to reliability and safety, then the 2017 Chevy Equinox has high ratings. Besides, it is also spacious and can tow up to 1,500 pounds.

If you want the most reliable Chevy Equinox, then the 2021 is the best so far. According to consumers, the 2021 Chevy Equinox has a smooth ride, even when you are on a bumpy road.

The controls are easy to use and very responsive. In terms of fuel, the 2021 Chevy Equinox is very fuel-efficient, so you won’t have to stop at the petrol station frequently.

Is Chevy Equinox a good SUV?

Yes, the Chevy Equinox is a reliable compact SUV with optimal safety, high-tech features, a decent powertrain, and the drive is very comfortable.

Usually, the lifespan of your Chevy Equinox engine will depend on the type of engine you get. The 3.6L V6 engine is considered the most reliable engine and can get you over 200,000 miles.

But to get this, you will need to change the oil frequently and perform other maintenance services regularly. You should avoid the 2.4L cylinder engine when it comes to Chevy Equinox.

What is the most common problem with Chevy Equinox?

Common complaints from Chevy Equinox users include fuel pump failure, excessive oil consumption, and the smell of smoke and gasoline.

But note that this will depend on the type of Chevy Equinox.

Therefore, if you are looking forward to purchasing Chevy Equinox, then make sure to check its reviews, ratings, reliability, and safety features.

If you are looking for a compact SUV for your family or grocery shopping, then Chevy Equinox will provide you value for your money.