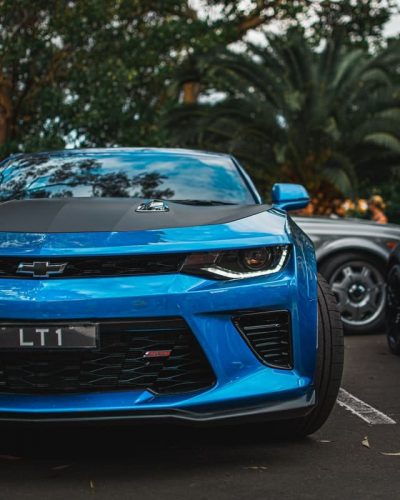 Choosing the proper trim level that meets your needs and desired preferences is often critical because it affects everything from features to vehicle capabilities.

While the specific difference between a Chevy Silverado LS and the LT may vary from vehicle to vehicle, we have put up a few factors that will help you shop with confidence after reading.

What Does LS and LT Mean in the Chevy Silverado?

Specific trim levels of the Chevy Silverado are designated by the letters LS, LT, and even LTZ.

Chevy engine, electronic, internal, and other external design aspects of a certain vehicle model are represented by trim levels. But what do the letters LS and LT mean?

Let us start with the letter “LS.”

With the Chevy brand, the letters LS stand for “Luxury Sport,” and it appears in the names of various Chevy’s entry-level cars.

While LT denotes vehicles that are higher than the LS trim levels and stands for “Luxury Touring.” When upgrading from the base-level setups, many Chevy Silverado owners will notice the LT designation on several Chevy trims.

How to Tell if Silverado is LS or LT?

Both “LT” and “LS” has long been used by Chevrolet to distinguish characteristics in their automobiles and trucks.

They began to use both prefixes to distinguish engine models in the 1960s, like the LS-6 & LT-1 performance designations.

They started naming trim bundles in cars in the 1970s, such as “Type LT.” But how can you know whether your Silverado is an LS or an LT?

By glancing at the engine and examining the eighth figure of the VIN, you may determine whether your Chevy Silverado is LS or LT.

LS version also has keyless entry and rubber flooring. LT trims come with more amenities and upgrades ahead of LS, such as an automatic brake pedal and a pedestrian’s braking system.

Rooftop rails and LED lighting are also available on the LT pickup truck versions. Before purchasing them, it is vital to understand their various qualities.

You may readily recognize the various Silverado variants if you are familiar with their features.

Some of the differences between the LT and the LS are listed below. If you carefully follow, you will notice that the only difference between the LS and the LT is the trim level. It is the same engines.

With Chevy Silverado  LS, you will get the following:

With Chevy Silverado LT, you will get the following:

When you acquire a Chevy Silverado off the lot, the exteriors will be standard. Except for the chrome embellishments on the bumper and along the flanks of the LT, there are not many differences between them.

You may order different trim options online, such as the blacked-out alternative, and have it tailored to your taste.

Because most Chevy owners prefer to conduct their modifications, is one of the reasons why GM does not make many exterior alterations.

Most consumers can choose how they want to customize their truck at a fraction of the expense of having GM do it, thanks to a growing aftermarket for truck accessories.

Are LS and LT Mounts the Same?

Despite the variations between the LS and LT engines, the engine mounts on the block of both engines are forward from the block centerline.

All LT blocks can be mounted to typical small-block frame stands in a variety of ways. But the Gen-V mounts are not the same as standard mounts.

Engine mounts are little cushions that accommodate any vibration between the motor and the frame of the vehicle.

Some automobiles and trucks can benefit from stronger, high-performance engine mounts, which can improve engine responsiveness, but not to add hp.

Can you replace your engine mounts?

Replacing motor mounts is typically a job for a mechanic, according to Cars.com. But, according to 2CarPros and Advance Auto Parts, you can change your engine mounts.

You do not even need specific equipment. To begin, lift the car’s front end and place it on a jack stand and you are good to get-go.

What degree should an LS motor be?

Setting the driveline angle right when mounting an LS engine is crucial for strength and reliability. On the yoke, the transmission should be inclined downward between 1 to 5 degrees. 2 degrees is ideal for performance applications.

How do you put an LT1 in an older car?

How to Install an LT1 Engine inside an Old Pickup

Should you replace all motor mounts at the same time?

While you do not have to repair all your engine mounts in one go, if you do not, you should keep an eye on them because they are the same age as that of the part you are replacing.

Engine mounts deteriorate because of age and stress (Wear and Tear). An engine mounts with liquid-filled should be changed once the fluid has leaked out.

Vibrations and noise will be conveyed into the cabin if this is not done.

Is LT Better Than LS?

Since the advent of the LT engine in modern vehicles, the issue of Chevy Silverado LS and LT has been a major concern for most clients, which has led to the availability of various choices for an up-to-date engine swap.

A prime concern is whether the LT is a superior platform over the LS. Undoubtedly, the LT’s direct injection system differs significantly from that of the LS, but that is not all.

LT`s starting bolts, its wrist pins, as well as a few additional bolts needed in the assembly are the only parts that these two technologies share.

LT’s front and back covers, valve covers, valley cover, and an oil pan are all distinct from the LS’s, and the differences do not end there.

They practically started with a whiteboard while designing the new LT platform. LT has a single camshaft, which goes back to the early times long ago, was retained.

While direct injection (DI) is a new feature for this technology, there is a slew of additional improvements.

Let us look at each one separately.

All Chevy LT blocks are entirely made of aluminum. Also, the only option to get an iron block would be to look for a 6.6-liter engine from GM’s HD truck series.

Because of the gusseted water jackets, the LT blocks are much more durable than the LS.

You can now see why the LT aluminum block could handle 900 horsepower whereas the L8T iron block ought to be fine around 1,200 horsepower.

Unlike the LS, LT has 8 oil sprayers on the bottoms of the pistons, allowing for cooler complete combustion, better compression, and lower friction, all of which translates to more power.

LT also comes with improved forged rods that connect to a forged crankshaft. GM also corrected the LS’s windage issue and improved the condition with the LT.

LT`s cylinder heads were altered because of direct injection, as you might expect. Compared to LS, GM reversed the inlet and exhaust valves.

These modifications enhance the cylinder head circulation and places the spark plugs inside a better position for better combustion, resulting in a more efficient engine.

Also,  LT`s head bolts were also increased from 11 to 12 millimeters.

Further changed was the rocker ratio, which was increased from 1.7 to 1.8. LT’s developers also elected to use a much larger camshaft, which produces smoother valve action and reduces valvetrain stress.

A variable valve train was available on some LS engines; however, the LT is a newer and better engine. VVT could be turned on or off in the LS.

LT is constantly working and adjusting the timing to improve the unit’s performance.

A Gen 5 engine can now produce huge torque while still producing respectable hp at high RPM thanks to these changes.

When opposed to the LS’s 20-degree adjustment, the newer cam phaser can modify the camshaft angle by 62 degrees.

05. Changes to the Original

Despite several design advancements, the LT, unlike the LS, is not flex-fuel capable out of the box.

List of Chevy Vehicles Available in Both LS and LT

LS designation can be found on various trim levels of these Chevy models:

LT designation can be found on various trim levels of these Chevy models:

What is the greatest LS engine to replace it with?

If you want to improve the performance of your project, the 4.8 Litter Chevy engine is ideal.

A 4.8 Litter model engine is capable of handling massive amounts of boost while remaining entirely stock and performing admirably.

If you do not want to go with a pared-down 5.3 Litter or 4.8 Litter, a 6.2 Litter pickup block centered on an LS3 engine is an option.

What is the most popular LS conversion mount manufacturer?

From 1958 until 1972, Dirty Dingo Motorsports was the major maker of GM LS conversion mountings for Chevrolet trucks, other muscle cars, as well as Corvettes up to 1991.

Is it worthwhile to upgrade your motor mounts?

However, there is no necessity to modify your motor mounts on a conventional car.

All factory-installed rubber motor mountings are intended to assist absorb most of the engine’s shocks and give a more comfortable driving experience.

Overall, when you look at the comparison of Chevy Silverado LS vs LT, you will see that both vehicles are outstanding and have a lot of features, but the LT outperforms the LS.

Even though the LS is offered as a trim option on the GM website, it is hard to see in car lots. You might have a better chance of finding it on a used car market.