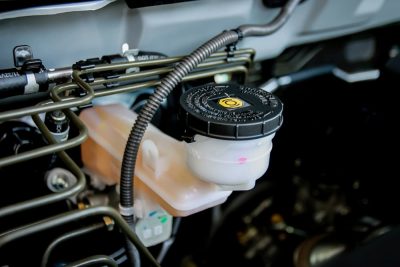 Through this read, we are going to focus on Chevy Silverado transmission problems, possible solutions, and the cost involved in maintenance.

Chevy Silverado pick-up trucks were launched in 1990 and they have continued to be a favorite workhorse for most people and companies.

Since their introduction, they have improved in features both external and internal from one model and generation to another.

Over time, Chevy Silverado pick-up trucks have proven to be reliable and durable but they have also had a rocky period of transmission problems as we are going to see in this article.

It is the expectation of everyone intending to buy a vehicle to experience luxury and comfort in their rides. However, this has not been the case for some Chevy Silverado customers.

They have had to deal with transmission problems one after the other, especially from the third generation.

It is important to note that, with an average of 15000 miles per year, a perfect Chevy Silverado can last you for at least 10 years.

It can even take you for a longer period depending on your maintenance plan and the demand you have placed on your Silverado.

A daily runner is likely to last you longer than one doing heavy-duty tasks. After all, you can see that it is not such a bad decision to settle for a Chevy Silverado.

Given that, even the best vehicles in the market are not perfect and at some point, they will have issues, Chevy Silverado is not an exemption.

The pick-up truck has experienced a rough period of problems also. Most reported complaints have been associated with transmission especially with the Chevy 6 speed automatic which was introduced in 2005.

These problems were reported within a very short duration of use, below 60000 miles.

At this juncture, the truck is relatively new and 6 years old if you drive at an average of 10000 miles per year.

Transmission replacement may end up costing you between $3000 and $6000, especially without a warranty.

Though the 2002 Chevy Silverado also had some complaints reported on transmission, their problems were not as bad as they would occur over 100,000 miles.

All vehicles released during this period were reported to have similar issues in transmission within a short period.

Also, all the third generation models fall under this duration since they were introduced between 2014 and lasted until 2019. This means that they were all faulty with transmission issues.

2014 Chevy Silverado had the highest number of complaints reported compared to all other models associated with transmission problems.

The problems were related to the A/C unit and heating defects. They would also stall or completely stop while driving exposing the users to extreme danger. If you are considering buying a Chevy Silverado now you know the years to avoid it.

After purchasing a new vehicle, the last thing you expect is to start experiencing issues with your transmission.

Just like we had mentioned earlier, Chevy Silverado users have had to deal with a couple of issues.

But before we look at these issues, let us have a glimpse of the possible common causes of these common transmission issues.

The module is responsible for sending electronic signals to the Silverado’s transmission based on the input from sensors.

Transmission Control Module then upshifts or downshifts depending on the input from the accelerator pedal. Then, it engages the right gear based on the tow or haul load that the Silverado has.

The signals to and from the Transmission Control module can be inconsistent as a result of faulty sensors and other failures. This can also lead to inconsistent gear shifts.

It was introduced in later models of the Silverado to control torque levels by ensuring that it is administered efficiently.

Torque converter failure has been recorded as the most probable reason for Chevy 6 speed automatic transmission problems.

At the beginning of this failure, you will experience some transmission problems or irregular gear shifting. Consider having it checked on time to avoid further mechanical damages to your vehicle.

Follow this link to see how a torque converter works.

To replace the transmission of the Chevy Silverado is the most expensive thing after the replacement of the engine.

However, some of these problems can be avoided with regular servicing and proper usage of your vehicle. Repairing a transmission component is way cheaper than replacing the entire transmission body.

Therefore, it is important to have a regular check-up of your vehicle since a faulty component puts a lot more pressure on the transmission causing more damages.

Most older Chevy Silverado with automatic transmissions are likely to experience jerk shifting of gears, delayed shift of gears, or even lack downshifts when trying to accelerate.

It can be caused by a faulty throttle position sensor or a worn-out torque converter clutch regulator valve. This can also be a result of faulty or clogged shift solenoids.

Consider replacing these components depending on which is having issues. Below is a video link on how you can replace solenoids:

the P1870 code. The following is a recommendation on where you can purchase them within a fair price range.

Some Chevy Silverado have issues with gear selection. When this happens, the second and third gear may refuse to shift while in other cases the transmission will stay in the first gear only and will not engage reverse either.

It can be caused by a worn-out clutch kit for third and fourth gear which disables third gear engagement. This occurs as a result of a leaking piston that engages the clutch.

The problem can be solved by replacing the clutch kit and the corresponding piston.

It can also be caused by a broken drive shell’s collar which leaves the transmission in first gear only without the availability of the second gear or reverse gear.

A worn-out collar spline can also lead to the same problems.

This problem can be resolved by replacing the drive shell. Below are links to where you can purchase these components at a fair price.

The problem can be solved by replacing the servo along with the oil pan and valve body. Consider following the links below to purchase these components.

This is one of Chevy 6 speed automatic transmission problems. It occurs when there is slow or harsh shifting of gears, failure to engage any gear, or gear slipping.

These transmissions depend on correct hydraulic pressure to operate effectively. It is enabled by a pressure regulator system that uses springs and valves.

With time various components wear out causing a pressure drop. The problem can be resolved by replacing or rebuilding the pressure regulator system and below is a recommendation link.

05. Shaking and Shuddering when Changing Gears:

This problem is also referred to as Chevy Shudder. When your vehicle has this problem, you are likely to experience shaking, shuddering, and harsh shifting when changing gears.

It may also result in a clunk. This is common in first and second gears. The problem is commonly experienced in vehicles using 8-speed transmission and has led to a class-action lawsuit.

If there is no notable change even after flushing of the transmission fluid, consider replacing the torque converter especially if it has been used with that fluid for a long time.

Find the Torque converter price link at No. 1, below is the price link for Mobil 1 synthetic LV ATF HP fluid.

This problem has been common with 8-speed automatic transmission. Symptoms of this problem include temperature readings that are not making sense, transmission overheating, harsh shifting, and slipping.

Transmission fluid temperature sensors for these transmissions have a high rate of failure. They further trigger check engine light and a corresponding DTC code.

Check the sensor itself, the wiring, and the connector and replace what is required.

A dirty filter as well as a low transmission fluid level can also cause overheating leading to more problems with transmission operation.

Consider cleaning the filter or replacing it respectively. Follow the links below to purchase the required component.

How Much Does a Transmission Cost for Chevy Silverado?

The cost of transmission for Chevy Silverado ranges between $3000 and $6000. Replacing the full transmission is more expensive compared to replacing one component with another.

Also, transmission services such as fluid changes and a transmission fluid flush are fairly cheap as they may cost $150 and below.

Moreover, transmission repair at a dealership is more expensive compared to an independent shop. With a good maintenance plan, you are likely to incur fewer maintenance costs.

Additionally, adhere to manufacturers’ instructions to ensure that you are using your vehicle for the right purposes.

How long do Chevy Transmissions Last?

With a properly functioning transmission, you can expect to get anywhere from 150000 to 200000 miles from it if you drive it properly.

Anything under this estimation is most likely to be an underperformance of these transmissions.

Is Chevy Silverado a reliable car?

Despite the transmission problems experienced with some Chevy Silverado models, this pick-up truck has stood the test of time and it is still considered reliable among individuals and companies.

Apart from the models we have mentioned here to be having transmission problems, other models are perfect and reliable.

What is the Best Year Model for the Chevy Silverado?

The best Chevy Silverado model that is considered to be the best of all times is the 2012 model. There are few complaints reported for this years’ model.

Besides, it is equipped with the latest technology and has a massive towing capacity. With proper maintenance, it can last up to 300,000 miles.

Despite the models reported to have transmission problems, Chevy Silverado has stood the test of time and is still a giant in the automotive industry.

If you are planning to settle for one, do not overlook any symptoms relating to transmission problems.

Having understood Chevy Silverado Transmission Problems, you are in a better position for a perfect search.

And when you acquire your machine, don’t forget to fix a maintenance schedule.

If you already possess one, it is not too late to have a maintenance plan. Maintenance is cheaper than replacing the full transmission.