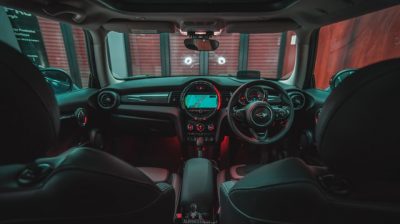 While you are out on road driving your Chevrolet Equinox, suddenly, “Reduced Engine Power” warning light turns on. That is the most upsetting thing that could take place.

You have no idea why this is even turned on, and it is driving you crazy. Therefore, you must present it to a professional in your garage or at an authorized service station.

But before you get to that, it is worth knowing valid reasons why your Chevy Equinox displays “Reduced Engine Power” and its possible solutions.

A situation described as having “Engine Power Reduced Chevy Equinox” is typically brought on by several factors, the most prevalent of which are flaws in car’s Throttle Actuator Control System (TAC).

These factors include difficulties with clutch, sensors, control module, and battery. In this article, you can find those causes and how to fix them.

What Does Engine Power Reduced Mean on Chevy Equinox?

When you see “Engine Power Reduced,” that means something went wrong with your system. So, your Chevy Equinox cannot go as fast as it used to.

Reduced power keeps your car safe and lessens damage to engine caused by an unknown problem, which needs to be addressed.

Now, system gives you only enough power to drive it to a repair shop and get it fixed and you should be careful not to take long trips in your car at that time because engine works differently in this mode.

Driving long in this mode may shorten life of the engine.

What are the Possible Causes of Service StabiliTrak Engine Power Reduced?

Based on what Electronic Control Unit (ECU) can figure out, these codes help experts figure out where problem is.

You will need a good-quality code scanner. This complete process will go much more smoothly if you have a good code scanner.

If your StabiliTrak is giving you trouble, you should get it fixed as soon as possible. StabiliTrak is a safety feature that helps you keep control of your car.

If it does not work right, it can lead to serious injuries. Most StabiliTrak repairs cost between $80 and $200, and most mechanics know how to fix them.

Here are some common reasons why this “ Engine power reduced Chevy equinox” warning might come on:

Most of the time, a warning is set off by a problem with Throttle Actuator Control (TAC) system. Instead of a linkage and throttle body, this system is used in new cars.

This technology was first used in C5 Corvette, which came out in 1997. Two Accelerator Pedal Position (APP) sensors and PCM monitors in TAC system figure out if a driver wants to speed up or not.

After that, Throttle Position sensors are used to figure out exact throttle response (TP). Once module gets all information it needs, PCM uses an actuator motor to move car’s throttle.

Doing this will help you keep flow of air into engine under control. Problems in TAC can also be caused by dirt particles on the throttle body.

Failure of clutch can also cause engine to have reduced engine power. When this happens, car makes strange noises and squeaks.

You will also experience pulsation problems. Most of the time, if you get your transmission fixed, problem goes away.

This problem can also be caused by a bad harness or cable. If something is wrong with car, check cables, clamps, and harnesses first.

Check connections and look for signs that something is wrong. If you find a broken cable, you should fix it right away. Or, even better, you could change it for good.

Your Chevy Equinox has an Oxygen Sensor that can measure exact amount of oxygen in exhaust gas. This sensor helps make sure that air and fuel are mixed in right way.

But if sensors get rusty, they do not work very well. But if you plug in a code scanner and get a code like P0160, which is about oxygen sensors, you should check it out.

A broken or poorly maintained mass air sensor cannot accurately measure how much air is moving through it and this would be a setback.

Due to its wrong computation about quantity of fuel injected thereon, computer gets wrong values; inducing the “reduced engine power” sensor to indicate a prevailing anomaly to avoid further damage to your car.

To prevent a vehicle from skidding in harsh weather, a traction control system minimizes engine speed and decides which wheel to apply braking pressure to.

Vehicle’s system uses information about RPM (rotations per minute) of each wheel. Linear motion of vehicle and velocity gradient of vehicle received from electronic sensors.

Using them, it determines how to direct traction control system or anti-lock braking system to effectively control a vehicle when necessary.

A wheel speed sensor is also an important sensor and problems with it might cause engine power to be reduced.

A wheel speed sensor also helps in improving transmission shift operations when engine is on and running.

A defective wheel speed sensor can cause a vehicle to go into ‘limp’ mode and turn on ‘reduced engine power’ indicator since these systems are all interlinked.

A problem in a vehicle’s battery can also cause reduced engine power. Dead batteries, damaged ones, or batteries with lose ground are the reasons.

Whereas corroded connections in battery system in many cases may cause engine power to be reduced.

Simply removing battery connections and cleaning it with baking soda or some other substance that removes corrosion will fix this issue.

Can You Drive with Service StabiliTrak Engine Power Reduced?

Yes, though performance might get limited you can still drive your car with StabiliTrak turned on. StabiliTrak system uses a sensor to keep track of how a wheel is moving and sends that information to car’s computer.

If vehicle’s sensor notices any strange movement, computer will alert driver that their car needs service.

But when you get ‘Engine Power Reduced’ alert, it is advised not to ignore the issue and take immediate advice of an expert on this.

Because when it is left, unrepaired this might lead to long-term effects in accelerating capacities.

To know more about Engine power reduced Chevy equinox and solutions to fix it,

When you figure out why your engine power is going down, next step is to fix problem.

If a throttle body is not working right, you can replace it. A new Throttle body will improve how much air gets into car’s combustion engine, making it run better and will make up for power.

You should check your airflow sensor often, especially if your car starts to lose power. Some signs that your car is not getting enough airflow make it easy to tell.

Some of these could be engine is hard to start, engine idles more, engine makes a bad sound, engine starts to lag, or engine does not run as well.

When these things start happening, you need to clean airflow sensors. If sensors keep acting up, you need to get a whole new set.

A catalytic converter is another big reason your Chevy engine is losing power.

When your engine starts to lose power, you should check it out, if a catalytic converter is broken, you should take it to be fixed or get a new one right away.

There are other ways to fix a loss of power in an engine, such as making sure that sensors work well; cleaning and maintaining air filters regularly.

Check electronic parts or cables in your car every so often and replace them if they are broken. Check to see whether if battery is healthier. Make sure vehicle’s transmission system has enough fluid.

A Throttle position sensor is one of the most vital sensors present in a Chevy Equinox, is good to check it often.

Fixing a new throttle position sensor can be a remedy for reduced engine power because Electronic Control Unit gets all information about gas input and transmission only through this sensor.

Electronic Control Unit or ECU is where all the sensors give their data. Problems in this can also cause reduced engine power. Fixing ECU is also a good solution to this problem.

Transmission faults can also cause a vehicle to reduce its engine power. All sensors in a vehicle are directly or indirectly involved in transmission mechanism.

Clutch slip – a condition where an adequate amount of friction is not present in clutch which leads to an unorderly increase of engine speed is a common transmission fault.

Low amounts of transmission fluid are also a transmission fault. Fixing these issues will help vehicles come out with reduced engine power.

Even if there is a defective wheel speed sensor, it can be replaced by a new one with its cost being around $150 to $250 depending upon purchase location.

A faulty fuel cap may also be a contributor to reduced power engines. Your car’s engine power light may be on even if a vehicle’s fuel cap is loose.

What does it mean when my equinox says ‘service StabiliTrak’?

StabiliTrak monitors and modifies steering, traction, and vehicle braking and helps in driving in a straight line.

When a ‘Service StabiliTrak’ warning is given by a vehicle, it usually is a sign of various other problems in a vehicle that might cause visible catastrophes while shifting gears and in overall power of a vehicle.

So, it is highly recommended to visit a nearby equinox service center to diagnose and fix it.

Bad spark plugs can lead to misfired sparks. These misfired sparks might cause considerable amounts of raw fuel to be dumped in exhaust of a vehicle, overheating it, and thus causing problems in a catalytic converter.

Do you have to program a new throttle position sensor?

Issues in code might cause throttle position sensors to work highly inaccurately. A qualified mechanic can solve this by using professional software to reprogram your new sensor.

In case of faulty or loose wiring, just small repairs can fix the issue.

In some new Chevy models, StabiliTrak feature can cause reduced power because of things like bad sensors, a bad throttle body, and many other things.

You can quickly fix this problem by replacing or fixing parts of a car that are causing it.

But first, you need to know what caused Engine power reduced Chevy equinox and is important to get regular maintenance checks for your Chevy.

By doing this your car can avoid some problems that StabiliTrak could cause. Recently, there have been reports that some service traction control systems are cutting down on engine power.

This can lead to many problems, like using more gas and making cars less safe. If you have any of these issues, you should contact your car’s manufacturer or service provider as soon as possible.

If you address it immediately, you can avoid any major problems in mere future. I hope this article answers your questions about Engine power reduced Chevy equinox.