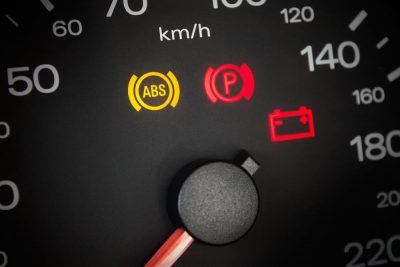 If you drive a Chevy Malibu, the chances are that you must have experienced an engine power reduced warning. This problem has continued to plague many Chevy Malibu users due to what’s commonly associated with it.

Engine power reduced Chevy Malibu warnings come right before your vehicle suddenly loses power and ultimately slows down even when you are driving at high speeds to 20 miles per hour. This annoying notification has been linked to issues like a bad oxygen sensor, a loose connection, faulty ECU ,etc.

These issues have often stopped many drivers from being able to accelerate their Chevy Malibu to a safe speed. In this post, we will be discerning the causes of the notification and how to handle it.

Why does my Chevy Malibu say engine power reduced?

If you notice a warning that says engine power reduced in your dashboard, it’s often a pointer that the performance of your car has been intentionally reduced.

The Primary Control Module of your car, which happens to be the primary computer of your car, initiates reduced power mode as soon as it detects system failure.

This isn’t to say this is the only scenario that can cause your engine power reduced notification to pop up on your vehicle’s dashboard.

There are also cases where the light may flicker when the PCM notices an unhealthy reduction in the car’s performance due to one or two faulty components.

The Engine Power Reduced Mode may cause a drop in your vehicle’s performance and make it difficult to accelerate. In extreme cases, your vehicle becomes undrivable.

This often happens when the PCM disconnects the fuel supply to the engine.

A lot of things trigger this warning. A class-action lawsuit was filed against Chevy Automobile. The vehicle was precisely bogged down with this issue.

Also, the notification was caused by a faulty accelerator pedal position sensor for these vehicles.

What does engine power reduced mean on a Chevy Malibu?

This is similar to the check engine lights notification you get on your vehicle’s dashboard when there is a problem with your engine or one of your car accessories.

This also could be a result of many reasons. The failsafe strategy of GM has, over the years, evolved. The message you get would depend on the year the car was built.

TAC is responsible for monitoring the Accelerometer Position Sensors to pick up the driver’s moves for acceleration.

From what is obtainable from the Throttle Position Sensors, the device calculates the throttle response.

For every Chevy Malibu, there’s an actuator motor built into the PCMs throttle body, enabling the throttle to be controlled.

The throttle body may become worn out or damaged. This may trigger the notification, and engine power is reduced.

Here are some of the causes of the Engine Power Reduction notification you get:

Your internal car accessories, provided they are major components, are all connected with wires.

If there’s a short circuit somewhere or any of the wires get damaged, it would prompt your engine to adjust to a failsafe mode.

This problem can also arise when there is a loose clamp, for you have ground wires that don’t seem to be properly secured.

Loose connections may be easy to repair but are difficult to detect. You may have to do a full and thorough inspection of your systems to find it.

Oxygen sensors are a vital part of every vehicle and are indispensable. The accessory measures how much oxygen is expelled from the exhaust.

If the volume of oxygen is too much or too little, to balance the performance, the ECU will adjust the ratio of the air to fuel.

However, a faulty sensor can feed your computer system with the wrong information, initiating adjustments that shouldn’t be made.

These adjustments set up an air/fuel ratio imbalance. This imbalance can create issues that, in turn, then trigger the notification, Reduced Engine Power.

The throttle body houses several parts that can easily go bad and initiate this warning. One of them is the butterfly valve, whose duty is to let air into the engine.

If this valve gets bad, the needed amount of air would not be able to get into the engine.

Moreover, carbon can accumulate around this valve, making its operation inefficient. When the engine fails to get sufficient air, it causes it to misfire,  thereby triggering the notification.

Another throttle body component is the throttle position sensor, which is not far from the butterfly valve. Their activity also ensures the free movement of air into the engine.

Their duty is to read the gas pedal’s position, signaling the computer to open the valve.

However, if you have a defective sensor, the valve wouldn’t get the right data, and this would cause the air to be constricted.

The brain of your system’s functioning is the ECU. All the sensors have a communication channel with the ECU to relate their operations to enable adjustments to be made where they need to.

If there’s a disproportional air/fuel ratio, the ECU alters the imbalance for better performance.

When the ECU begins to break down, Hawker can initiate a number of issues.

The first thing you begin to notice is a poor performance which often results from the engine compensating for problems that are non-existent.

The mass airflow sensor is located between the engine’s air filter and the intake manifold. Its precise duty is to measure the density and pressure of the air coming into the engine.

Ince they are measured, the information is sent to the ECU, so the right air/fuel ratio is applied.

When the mass airflow sensor fails, incorrect data is sent, which generates problems with the ratios, hence triggering the warning notification.

06. The catalytic converter is clogged.

The catalytic converter comes right next to the exhaust manifold. Its main function is to convert harmful exhaust gases into less dangerous contaminants.

If you’ve got an engine that isn’t running well, or the vehicle is degrading already, this could cause the converter to become clogged.

Once this happens, your vehicle will fail an emission test and will deal with a few performance issues.

You won’t find the Reduced Engine Power light flashing in some cases, but the check engine light signal will come on.

Transmission issues are some of the most frustrating issues anyone can deal with when it comes to vehicle problems.

If you have your car’s transmission slipping or the fluid is leaking, expect to see error codes displaying.

Some people don’t think that a drop in engine power can be caused by transmission.

Unfortunately, the two systems seem to work hand in hand. If you’ve examined other possible culprits, maybe it’s time you looked at your transmission.

Suppose your Chevy is dealing with this issue. There are simple ways you can deal with it to solve the problem.

Most of it simply requires figuring out the cause and making a quick fix to it. Here is how you can bypass the reduced engine power issue.

One of the most notorious triggers of the reduced engine power mode is when you have loose cables, harnesses, or clamps.

What you have to do is check for ground connections that are not solid and lose wires after you’ve disconnected the battery.

Now, reconnect them and replace the cables if you find any broken ones.

You have to clean the oxygen sensors thoroughly if they aren’t functioning as they should. If the issues seem to be very complicated, replace the sensors with a new ones.

Suppose the throttle faces a magnificent impact; the location sensors if the throttle overrides the whole sensing body or device. They are affordable to buy so shouldn’t cost you much to replace.

If you have a faulty air flow sensor, your vehicle might most likely go into the reduced engine power mode. You’d find the mass air sensor close to the intake manifold and air filter.

Clean the air flow sensor with a dry cloth and examine if it’ll work. If they fail to work, you need to replace the sensors.

We have pointed out above that the electric control unit is more like the heart of your vehicle’s computer system.

If the problem lies with the ECU, you need technical assistance to repair it. In this case, you need to purchase a new one or upgrade the one you’re using.

Above, we have pointed out how a clogged catalytic converter would set the reduced engine power notification.

Catalytic converters are expensive to replace, as a new unit would cost you almost $2,000. You need to take it to a technician for repair if it is bad.

You need to have your battery examined for corrosion if you’ve tried other means of salvaging this situation. You also have to check for loose connections to solve this problem.

You may have to remove the corrosion and then connect back the cable. If the entire battery is depleted, you have to replace it.

To repair the Reduced Engine Power notification problem, you could spend between $500 to $2500.

The more precise way of knowing the exact cost is to determine what is triggering the notification. An engine code scanner can be of help in this regard.

The OBDII scanner can read any fault code to help you pin the fault to something. They read the fault and show you what system may be the problem.

Typically, you’re meant to notice a faulty connection. This doesn’t cost much to salvage if you’re able to re-establish the connection.

However, replacing the catalytic converter or the ECU may be so much to fix, such that you may think of purchasing a new vehicle.

We strongly caution against driving with the Reduced Engine Power notification on. If this mode has been activated, you need to drive your vehicle to somewhere safe and turn it off.

Turn on your hazard light to keep another driver in the know that you’re having issues.

If you are to still drive a couple of miles ahead, we recommend you tow the vehicle instead. You don’t need to stay stranded because of this problem and maybe cause an accident.

Spark plug problems can trigger little or big problems with your vehicle. If your spark plugs fail to fire correctly, they can trigger engine misfiring.

In turn, this can create several problems, which are a decrease in fuel economy, increased emission from the exhaust, and decreased engine power.

Does low oil mean you have reduced engine power?

Low oil levels aren’t the chief cause of reduced engine power. They can, however, cause your vehicle’s acceleration to experience a huge drop.

Many modern engines use VVT, which needs a good amount of oil to function. Loss of acceleration can result from low oil levels or, in some cases, very dirty oil.

Your vehicle may enter a reduced power mode when it senses a ver low oil condition.

You cannot carry out any reset on the Chevy Malibu 2018 with problems like this without having to fix whatever it is that’s causing the notification to appear.

You can’t reset the reduced engine power notification by just pushing a button. The responsibility of correcting the problem that’s causing the trigger lies between you and your mechanic.

The Chevy Malibu has seen a problem that has to do with engine power reduction.

This issue causes the notification light of the reduced engine power to pop up on many occasions.

Some of the triggers of the problem have been discussed above. Dealing with this issue, consider some of the causes we have highlighted above and schedule with your mechanic today.