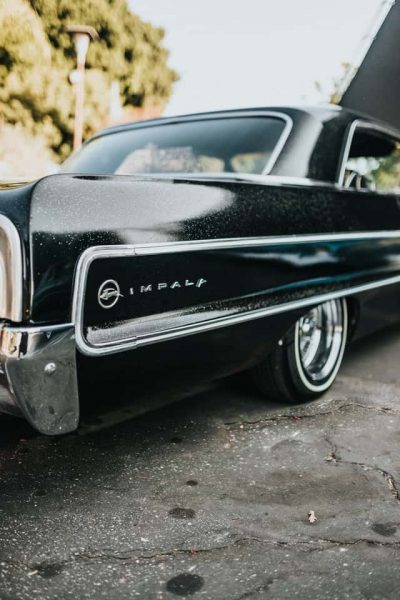 If you’re driving a Chevy Impala, the last thing you want to see on the car’s dashboard is the service battery charging system notification, especially when you’re already late for a meeting. It’s more frustrating because this battery notification needs urgent attention, or it may cause your vehicle to halt and leave you stranded.

Service battery charging system impala notification usually comes on due to a faulty battery, lousy alternator, or broken wires. It is best to discontinue driving with this message on your dashboard, as it can leave you stranded when your car comes to a halt; as with this situation, your vehicle can not get sufficient electrical power to enable its components to keep functioning.

In this post, we will explain the common reasons for the service battery charging system and simple hacks to fix it.

What does a service battery charging system mean for a Chevy Impala?

Before we delve into the meaning of this warning sign on your Chevy Impala, let’s consider the battery charging system.

Most modern cars have complex electronic systems that, to operate, need some form of electrical energy. They get this energy from the battery charging system.

The battery charging system provides the energy that all components on your vehicle need to thrive.

What a service battery charging system means for your Chevy Impala is an imbalance in the amount of electrical power channeled into various components.

Your Chevy Impala ECU will display this message or cause the battery light to come on when this is the case.

The battery is a reserve for electrical energy, and car starters get power from it to crank your engine when attempting to start the vehicle.

What does it mean when it says service battery charging system?

The service battery charging system is a pointer to a faulty battery or a fault in the charging system. Often, this is accompanied by an amber or red battery light.

When you see this notification on your dashboard, it means there is an urgent problem you need to address.

Issues like this are often caused by a damaged battery, faulty alternator, corroded battery terminals, or wrong connecting cables.

This doesn’t immediately cause your car to stop. But you can only drive it for a while with this condition.

If the cause is a faulty alternator, it’ll cause your vehicle to switch to the battery. Once this runs out, your vehicle will become unresponsive, and the engine stops and fails to restart.

This notification is also triggered by wrong charging cables or a faulty battery.

However, the car will usually keep working, provided the alternator is still operating. Once you turn off the engine, the car dies and will never come on.

Service battery system notification needs to be treated with the right kind of urgency it deserves.

For your car to run or for the lights in the cabin to come on, it relies on the battery’s power; these components will fail as soon as the system goes wrong.

Knowing what to look for will make it easier for you to fix the problem to stop it from progressing and ruining the car altogether. Here are signs to look out for:

Of course, this should be the most noticeable sign of a charging system failure. You might encounter issues with dim light or the lighting inside your cabin flickering.

Your headlights may suddenly become dimmer too. If you lose power entirely, you won’t be able to start your Impala.

Overheating can cause a strange smell in the alternator.

When you notice an odor coming from the battery compartment, the alternator could be overcharging, and this could cause the battery to heat up.

You may have to replace your regulator if this is the case.

Impala has a warning light on the dashboards when the charging system isn’t functioning correctly. You have to invite a mechanic to carry out an intense differential diagnosis.

Since charging problems can be caused by several issues relating to any components, it is better to rule out what could cause one after the other to avoid repairing the wrong part.

As wiring links the battery to the alternator, damaged wires can result in voltage loss. This can also be said of dirty terminals.

A bad ground connection can cause the battery to charge poorly or lead to discharge.

The alternator relies on the motor power to run. An alternor would either do this slowly or won’t turn at all if the drive belt is worn out.

This is commonly caused by hardening or glazing the alternator’s fan belt, which causes it to wear.

Also, if the alternator belt is slipping, it could be that the tensioner of a fan belt has loosened or that the pulleys have worn bearings.

If an alternator fails to carry out its duty, it is considered harmful. It must generate sufficient electrical power and keep the car battery charged sufficiently.

Typically, a well-functioning alternator generates about 14v of electrical voltage.

Since the battery can only store a certain amount of energy, the alternator is relied on to carry the electrical load when the vehicle is running.

If the voltage, due for any reason, drops below a permissible level, it’ll cause the vehicle’s electrical components to start malfunctioning.

Hence, to test the alternator’s voltage output, you will need a multimeter. These are signs of a bad alternator:

Some alternators are costly with a typical design that makes them to a vacuum pump responsible for powering the brake booster.

The primary function of a battery is to store power. This stored power is then used to start the car engine before driving.

This means that even if your alternator is functioning correctly, if your battery is dead, your car won’t start. Wondering what can cause a car battery to die?

Well, if you’ve got an overcharged or undercharged battery, your battery can easily get damaged.

Besides having a dead battery, it is also possible your battery terminals are loose or even DC damaged. This of course, would lead to a faulty connection.

If you’ve noticed your battery power isn’t functioning optimally anymore, you can test this using a  multimeter. The headlights turn on when multimeters are set to 20v DC.

The function of the ECU is to make the electrical system of your vehicle run within specified tolerances. If you have a failing or malfunctioning ECU, these components will fail to run correctly.

The most crucial element that relies on the information from the ECU is the alternator. It needs information on the electrical supply.

Charging system failure issues are most times attributed to a failing ECU. You don’t have to consider other possibilities, too, as replacing an ECU can be expensive.

An OBD2 scan can read these faulty codes. Some can even permit you to see the alternators charging voltage live readouts. Incorrect jump-starting mechanisms commonly damage ECUs.

Below is a list of common problems aggravated by charging system failure:

How do you reset the service battery charging system light?

You may have to carry out a diagnosis first of the problem before resetting it. To do this, you require some expertise and the appropriate tools.

An OBD2 scanner can help you do this. It would help if you also had a multimeter to carry out the tests of some components as well as connecting cables.

Now let’s get down to how you can do this.

First, wear protective gear and follow this procedure to test the system components. To reset the service battery charging system, you will need to reset ECU first.

Most times, service charging battery system messages are caused by a malfunctioning ECU. Sometimes all you need to solve this problem is just to reset the ECU.

To do this, you have to turn off the engine and then have the battery disconnected. To carry this out, ensure you have on your safety goggles and gloves to protect yourself from electrical danger.

Leave the car for about 30 minutes after disconnecting the battery, then reconnect it again. By simply doing this, the ECU resets itself and clears the message.

If the problem doesn’t disappear, you need to call an automotive technician to examine it.

02. Read the diagnostic trouble codes and clear them.

To do this, plug the OBD2 reader into the port. Turn on the car, but don’t start the engine. Just allow it to diagnose your car systems for any trouble codes.

Note down the codes and their meanings, then fix the problems the codes signify. You can now turn off the car and turn it back on.

03. Have the car battery tested with a multimeter

This test is essential because it tells you if the battery’s low voltage is what is causing the service battery charging system notification.

See the DC of the multimeter and hook it to the terminal of your battery. This should read the terminal voltage.

The value you get should be a little higher than 12 volts. If you get a lower value, that means your battery is weak.

If the battery voltage is low, you should take it to an automotive repair shop. The analysis will require testing how much the battery can hold electric charge by recharging it.

If the battery is completely damaged, it will fail to have enough electrical power. Such batteries need to be changed.

Can blown-out fuses cause the service battery charging problem?

Every car comes with a fuse box that has several fuses. These fuses allow electrical current to flow to various car components.

They are a safety feature that ensures essential and expensive electronic components are not damaged when current surges.

If your fuse blows out, it may affect the functioning of your battery and hence needs to be replaced immediately to keep the service battery charging message from bugging you.

Can I fix the battery charging system problem myself?

It doesn’t require much to fix charging system failure, as long as the faulty component has been identified.

If you are a DIYer, you should be able to find out this fault and replace the defective part as they don’t require much technical expertise.

If the problem is because of a bad battery, you can return it with a new one without needing an automotive expert.

How do I identify the symptoms of service battery charging problems?

To identify a service battery charging problem, you may have to do a visual inspection by checking for corrosion or loose wires.

You also have to check for oil or water leak into the alternator. If the alternator fails to charge, you will notice a pulsing warning light on your dash.

Seeing a service battery system warning light can send you into a frenzy, as many users immediately become worried about spending so much to fix whatever problem it is.

This shouldn’t worry you much, as we have laid out simple hacks to diagnose and fix this battery-related problem.

Follow the guide, and don’t forget to consult a technician when you have to. Cheers!