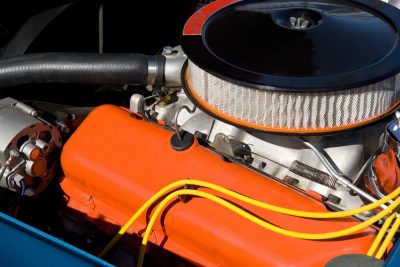 If you are a truck enthusiast, you know that the L5P Duramax is a big deal. Being a successor of the LML Duramax, which had issues with fuel injections, the L5P had a lot of expectations. Luckily, it came in as the most powerful truck engine from GM with remarkable features. However, like any other engine, this too has encountered a few problems that were reported by its owners over the years.

L5P Duramax was introduced in 2017 and is the successor of LML Duramax. Common problems reported from this engine include MAP sensor failure and fuel injector issues.

In this article, we are going to cover some of those L5P Duramax problems, their solutions, and everything you need to know about this engine.

At its best, the L5P Duramax is a reliable and very tuner-friendly engine with the stock fueling system being able to handle up to 800whp and the turbo handling up to 600whp. With improvements and upgrades done to such parts as the block, pistons, and fuel injection, then the engine can be highly efficient.

In fact, the L5P Duramax engine is considered the most reliable Duramax engine for several reasons. They are more reliable and feature an impressive 445 horsepower and 910 lb-ft of torque. So, it can easily tow about anything you throw at it. However, it is worth noting that the towing capacity is not the same throughout the L5P years.

What Are The L5P Duramax Problems?

Here are the most reported L5P Duramax problems that most owners have encountered.

One issue that has been noted mostly on the engine is with the MAP sensor, which is known as the manifold absolute pressure sensor. We have discussed more information about this issue in another section below.

According to reports, the 6-speed automatic transmission would gain problems when the owner wants to make modifications to upgrade the horsepower. Even though this is not an issue, it is still worth mentioning.

The stock transmission can handle 500whp without any modifications. However, once you start pushing those limits trying to get more power, you will run into some expensive issues. Such upgrades may include hydraulic upgrades, transmission cooler, friction materials, and multi-disc converter. These are necessary to help you avoid any expensive transmission rebuild costs.

Fuel injector number has been reported to fail on rare occasions, which may lead to the need for replacement. Conversely, the problem is not with the fuel injector itself, but instead, it is the connector.

When the issue occurs, the engine will become very shaky and various engine lights including Stabilitrak and ABS will appear. Moreover, the car will go into a limp mode whereby you will get engine codes such as P0204, P0300, or P020D. Also, the engine will misfire and lead to poor overall performance. Other signs include:

You can fix this issue by replacing the stock connector with a gold-plated connector or an LBZ connector.

A faulty MAP (manifold absolute pressure) sensor can cause a difference in the engine’s air-fuel ratio. As you may know, the MAP sensor is located inside the intake manifold and is used to calculate fuel injection, which ensures an optimal air-fuel ratio. This is done by continuously monitoring pressure information in the intake manifold. The MAP sensor also helps determine when ignition should occur within the current operating conditions.

However, like any other part, the MAP sensor can also have problems. It can become clogged up by debris, which may affect the readings sent to the ECU. A fault MAP sensor can also affect the fuel economy as well as the engine performance and this is the case in the L5P Duramax. Overall, a defective MAP sensor will not only cause inferior performance but also lead to other damages to the engine, especially when not fixed on time.

Some of the signs to watch out for because of MAP sensor failure include:

How to Troubleshoot the MAP Sensor Problem?

Before trying to fix the issue, you should inspect the physical appearance of the sensor. This will tell you a lot about whether the MAP sensor is damaged or where the problem might be. Check the wiring and the connectors for any damages or if there are any loose connections. After that disconnect the sensor and inspect the pins, which should be straight and clean. If the pins are bent or have rust, then you have found a problem, and should be fixed.

Next, check that the hose that connects the sensor to the intake manifold has a tight attachment to the sensor and has no damage. The hose should also be clean and with no dirt. If everything is okay, then start it is time to troubleshoot the MAP sensor problem.

Below are tips on how to clean the MAP sensor. You can also check this YouTube video link for a more descriptive troubleshooting process.

How Long Will a L5P Duramax Last?

If properly cared for, you should expect the L5P Duramax to last over 300,000 without any need for big repairs. Some owners have reported the engine to have lasted over 500,000 miles. But for this to be achieved then you should perform the recommended routine maintenance.

Below are a few maintenance tips to help your L5P Duramax last longer:

Does the L5P Have a Lift Pump?

Firstly, Duramax trucks never had a lift pump even after when the Silverado 6.6l Duramax diesel V8 was introduced in 2001. It was an impressive powerplant and came with a common rain fuel injection but had no lift pump.

Since it is an OE design, this lift pump supports high-performance applications and works great even when the tank is almost empty. Moreover, the lift pump will help the injection pump do its job and can help extend the life of your injectors pump and the injectors.

If your injection pump has failed to operate properly, it is time for a replacement. Mostly, the L5P Duramax failure comes from high fuel ratio returns and poor-quality fuel will lead to premature injection failure. As a result, you will notice hard starting and rough running especially at idle.

Fuel injectors play an essential role in your car’s engine. There is a fuel injector for each cylinder in the engine and their job is to spray fuel into those cylinders. Additionally, the fuel injection pump sends fuel from the gas tank through the gas lines and into the injectors.

As you have seen, replacing the L5P injection is essential as it will fix the issue and improve the overall performance. If you are wondering if you can replace the pump yourself, then the answer is yes. You can follow the Duramax injectors replacement instructions to get the job done. However, you should note that these instructions tend to change with every model and year.

Besides, you will also need simple special tools and a service manual. It can take you up to 7 hours or more to fix the injection pump especially if it is your first time.

On the other hand, you can get a repair shop to fix this part for you and note that the costs may vary from one professional to the other. Purchasing the L5P Duramax injection pump can cost approximately $795 or more.

How Long Should You Replace Fuel Injectors?

On average, fuel injectors can last between 80,000 and 100,000 miles. They can last even longer with proper maintenance. If you are closer to that mileage and have never replaced the injectors before, then it might be time to get them replaced.

Is the L5P Duramax a good engine?

L5P Duramax is a good engine that can last over 300,000 miles but with regular and proper maintenance, it can go up to 500,000 miles. It also has a towing capacity of up to 36,000 depending on the truck model and year.

L5P Duramax also has an incredible 445 horsepower and 910 lb-ft of torque. Thus, it can pull anything from ski bikes to travel cabins. Besides, it is a good engine with only a few problems that can be cheap to fix.

How much horsepower does the L5P engine have?

The L5P Duramax engine features 445 horsepower. However, if you are looking for more power and performance, then you will need to perform some modifications such as ECM tuning, 5” exhaust upgrade, cold air intake upgrade, intake horn, and downpipe upgrades.

What specifications does the L5P engine feature?

Here are some of the specifications of the L5P Duramax engine you should know:

By now, you are aware of the L5P Duramax problems and how to fix them. In general, the L5P Duramax is one of the best engines with incredible horsepower and towing capacity.

Besides, it can last even longer than expected with proper maintenance. It is hard to find out what is wrong with this engine, but we have tried to cover those that were reported the most. Some of these issues occur rarely and are easily notable.