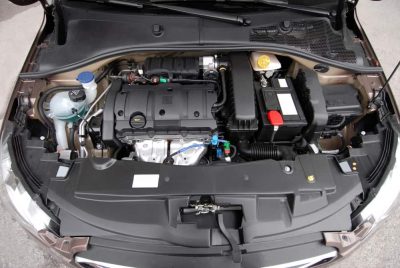 If you want to purchase or already own an LB7 Duramax pickup truck, you should be aware of the LB7 Duramax Problems. To assist pickup truck purchasers and owners in making an informed choice, we have listed frequent problems you might face with this pickup truck.

Diesel engines under the Duramax brand are used in GMC, Chevy trucks, and others produced by General Motors.

Undoubtedly, the heavy-duty truck industry has relied on the Duramax diesel engine for decades. Numerous uses, including those in agriculture, construction, and other industries, also make use of it.

But how long can a Duramax engine be expected to operate? What are the likely problems owners might face with such an engine? We have investigated the best explanation for these questions!

Why is the LBZ Duramax so good?

LBZ is one of the most famous Duramax engines, even though it lacks emissions control systems.

LBZ offers the most significant potential for increased performance and horsepower with several Duramax parts mods and tweaking.

Furthermore, the LBZ received a huge power bump over its predecessor, raising torque and horsepower to 650tq and 360hp.

In addition, the increased power made it a strong challenger against the Caterpillar and Honda Powerstroke engines.

Also, the engine’s performance and tweaking potential developed a sizable demand for it among diesel performance enthusiasts.

Overall, the LBZ engine is more powerful and reliable than prior engines because it is more robust.

Aside from a few minor issues that have mostly been rectified, the LB7 Duramax remains a strong engine with decent performance and reliability for its model.

Although the engine isn’t necessarily designed to be tweaked to produce tremendous power levels, it’s a terrific stock work vehicle. Here are some problems you might encounter with your truck.

The original injectors on LB7 Duramax engines are the most notorious issue you might face.

Even General motors reported having issues when they updated the model and offered a 200,000 or 7-year insurance on the revised injector configuration.

However, this does not imply that your LB7 Duramax has this problem fixed. Notably, the original injectors may still be in your LB7 if you just bought it.

What specific problems did LB7 Duramax injectors have? Actually, the injectors are first and foremost prone to breaking as it can happen on the body.

On the injector bodies, this might happen whenever. Over time, the ball seat within the injector can potentially develop problems.

As time progresses, the seat may degrade, leading to a defective seal and eventually injector leakage.

Due to these problems, fuel can leak from the injector and into the crankcase. Since diesel fuel doesn’t have the same lubricating qualities as oil, this could result in more severe issues.

Unfortunately, the original LB7 Duramax injectors can only be replaced; there is no practical way to repair them. Furthermore, replacing a damaged injector is expensive after you’ve discovered it.

Because of this, even if none of the injectors give you problems, you should still repair them.

Most repair shops will charge between 10 and 16 hours of labor, with an injector replacement costing over $3000 with taxes, labor, and payment of parts considered.

O-rings on the Fuel Filter Housing that are leaking are one of the most prevalent LB7 Duramax problems. These original O-rings on these vehicles’ can degrade as they age.

Additionally, they are subject to regular attrition. Therefore, there is a likelihood that if you have an LB7 Duramax for a long time, you will likely experience this issue.

In addition to causing a fuel leak, an O-ring leak allows oxygen to pass the fuel system, resulting in different performance problems.

Moreover, you might also find your engine hard to start with engine errors, depending on how severe the problem is.

Some kits are cheap that can be used to substitute the o-rings on the fuel filter housing unit. You can also spend more money to replace the whole unit.

As these trucks get driven to reach within 100,000–150,000 miles, they begin to develop head gasket problems. A multilayer steel head gasket is included on the Duramax truck.

They rarely leak refrigerant into the cylinders or smoke out the exhaust when they have problems. Your head gasket will slightly elevate after the compression stroke.

As a result, the gasket’s layers can split, allowing combustion pressure to enter the cooling system.

In this case, the refrigerant will be forced out of the coolant overflow because of the pressure.

Pinching the top radiator hose while the engine is running after you turn it off will expose any head gasket problems.

When you touch the hose, it should be effortless to squeeze. If it is extremely hard, your head gasket is faulty.

Two reasons for your head gasket problem are overheating and performance modification. Overheating is due to a small fan, radiator, and problematic water pumps.

However, if you perform modifications like a lifted cylinder head or enable the head bolts to expand, you might likely experience head gasket failure.

You need to address this issue as soon as you realize your LB7 Duramax’s head gasket is blown. Regrettably, this can be quite complicated and call for a professional mechanic.

To do everything correctly, even for an experienced mechanic, it takes more than 10 hours.

When changing your head gaskets, we recommend using aftermarket parts even though we frequently recommend OEM parts for maintenance and repairs.

In contrast to the LBZ water failure that was brought on by the plastic impeller, the problem with the LB7 water pump is triggered by the refrigerants side seal.

Moreover, the impeller on the water pump is built of cast iron, as opposed to the plastic that GM began using on its engine.

A seal beside one side of the water pump is designed to withstand compression from the rotating shaft within it.

With time, the seal deteriorates because of regular attrition and develops a crack that allows coolant to flow.

In addition to the coolant leakage, the system’s decreased pressure will make it difficult for the LB7 to adequately pump coolant through the cooling system, which might easily cause the engine to overheat.

An LB7 Duramax’s water pump replacement is more complex than you might imagine.

Regrettably, the pump can only be removed by disconnecting a few distinct parts because of its placement. You only need to replace a water pump if it is damaged or leaking.

When you change your damaged water pump, we advise purchasing a high-quality OEM model.

Depending on your truck’s mileage, it would help if you also thought about changing nearby components, such as the water pump casing or the thermostat.

Another common complaint is that the LB7 regularly overheats when hauling heavy loads.

Whereas a malfunctioning water pump can also cause overheating, a defective fan clutch likely causes this overheating.

Also known as the engine fan, it is in charge of supplying both heating and cooling impact to the engine.

When the engine cools off, the fan stop spinning, causing the truck engine to warm up faster.

When the engine hits the functional temps, the fan kicks in to help the cooling mechanism keep the engine from getting too hot.

Once the truck fan cannot engage at average operating temperatures, the cooling mechanism fails to keep the engine at a standard functional temperature, resulting in overheating.

A dirty radiator is the second possible reason for LB7 overheating.

Naturally, muck, dirt, and other particles will accumulate in the radiator over time. As this unfolds, the radiator’s performance reduces, leading to overheating.

First, you must determine what is causing your LB7 Duramax problem to overheat. You should begin by cleaning out your radiator of any debris, grime, or other dirt. Look for a faulty water pump or thermostat.

Investigate the circumstances around the overheating. Fortunately, it is more normal if your truck only overheats under excessive loads.

If your truck overheats whenever you drive it, you have a severe problem that must be addressed as quickly as possible.

To be honest, the Allison transmission that powers the LB7 Duramax is nothing to write about. You can limp the transmission if you add a coder that adds 100 horsepower or more.

Moreover, the Allison transmission is susceptible to shift and will cut power immediately it detects any. To regain full power, simply erase the code or reboot the truck.

Unless it’s due for a gearbox repair, you’re unlikely to notice your Allison 1000 shifting into limp mode with a stock vehicle.

If this happens, try cycling your key and switching off and on the truck.

You can sometimes reset the vehicle from limp mode. If there is a scan tool, you may quickly clear the code, allowing your LB7 to exit the limp mode.

Similar LB7 Duramax problems usually emerge in high horsepower applications. If your vehicle is basically stock, these aren’t issues to be concerned about.

These are items to think about if you’re developing a high-performance truck.

However, keeping your vehicle in more stock condition may be preferable, making it more durable.

These are some issues to be aware of if you decide to go after more horsepower and torque. These include bend rods and snapped crankshaft.

A fractured crankshaft is a costly repair that can keep your truck out of use for months or years. Various aftermarket crankshafts outperform the stock unit in terms of power.

Many Duramax engines still function flawlessly even after 100,000 or more miles on the road today, proving their reliability over time.

Owning one will inevitably require some maintenance. Nevertheless, with proper care, it should last the full expected lifespan if you ensure none of the LB7 Duramax problems arises.

If you’re wondering what the LB7 life expectancy is, you can count on it to travel up to 300,000 miles before requiring significant maintenance. However, it depends on usage and maintenance.

How Long will LB7 Injectors Last?

Regrettably, Duramax injectors are both costly and difficult to replace due to their location in the engine compartment, prompting GM to extend their injector insurance to 200,000 miles.

Otherwise, the LB7 is a highly dependable engine.

You may require related repairs if you have driven for an extended period with dirty fuel injectors.

Which is Better, LLY or LB7?

Both engines have common problems, which are quite tricky to handle. There is no standard as to why one is better than the other.

Nevertheless, the LLY engine was the first Duramax engine to have emission requirements with improvements on the fuel injectors.

How many injectors are there in a 6.6L Duramax?

What is the significant LB7 Duramax problems car owners experience?

While each owner might experience a distinct issue with their truck, most of these issues include blown head gasket, fuel injector failure, overheating, fuel filter housing O-ring links, and water pump failure.

How reliable are LB7 Duramax engines?

When stock, the LB7 is a fantastic engine. Both block and internals are strong enough to survive 350,000 miles or more.

Given their age, most injector and head gasket problems should be resolved in these trucks today.

Water pumps and other servicing things are to be considered on old diesel engines, so we wouldn’t consider them unusual or deal breakers in terms of reliability.

Fixing any LB7 Duramax problems you might face shouldn’t be a complicated issue.

Interestingly, you can know when your truck has an issue and the likely culprit behind such a situation.

With this write-up, you are equipped to handle common problems confronting your truck.