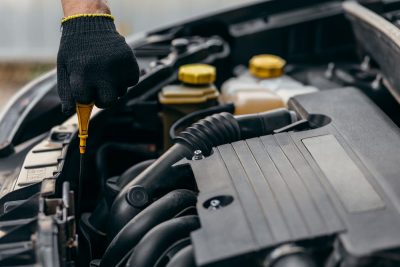 Being a well-suited successor of the LLY Duramax, the LML Duramax is part of the recent generation of Duramax engines.  Introduced in 2011, it features a 6.6L turbo design, precisely what Chevy trucks have been using since 2001.

Among the size of overhaul Duramax engines, the LML Duramax seems to be the biggest, with a claim of 60% freshly designed components.

“You’re about to discover everything about the LML Duramax engine and its flaws, characterized by injection pump failure, DEF heater problems, NOx sensor failure, and DEF pump failure.  All these problems worry about the engine’s reliability, but these LML Duramax problems, which have solutions (as we will show you here), don’t completely mar the engine.”

A better prime concern about the LML Duramax would be how to manage and maintain it to meet and even exceed the distance coverage it’s been pegged at.

Perhaps you have bought a Chevy truck and are not sure which of the Duramax is roaring under the hood.

What Does LML Mean on a Duramax?

Anyone listening to a GM-related conversation would be more familiar with codes like this, as they seem to name every generation of their vehicle this way.

RPO codes are a way of noting the configuration options of a car.  They are usually composed by stringing up 3 alphanumeric characters.

These characters show how during production, a vehicle is built.

To understand the RPO framework, you have to note that the code first specifies what base model the engine flaunts.

Subsequent RPOs then have additional information about the engine.  This is the same thing with the Duramax engine family.

All Duramax engines begin with the letter L, then have changed in the last two characters with different year models.

So for the LML, a subset of the 6.6 Duramax family, its convention shows that the engine was built with an additional fuel injector located at the back of the turbo, has urea injection, and an EGR system of a dual-core design.

Is LML Duramax a Good Engine?

The LML Duramax sports some features that are lacking in the previous LMM model.

Some GM motor fans like to call this improvement, but these changes in the engine are a big flex and do make up for some flaws of the previous generation.  Check them out.

The first thing done in the structural framework of the LML Duramax is a rejuvenation of the block and improvement in the main bearing to give some lift to where it failed before.

The engine rods and pistons were also made stronger, with an essential decrease in weight, making the rotating assembly lighter.

While the rods and pistons have the same design material as the LMSs, it features piston wrist pins with modified ends to allow more support.

Almost all of these changes significantly improved the strength of these materials over the previous models.

The LML sports an advanced design for its injectors capable of pumping 30,000psi.  This increased pressure capacity gives the engine the ability to produce significant power.

To make this design stronger, the engine was fitted with Bosch CP4.2, an upgrade from the Bosch CP3.

The engine also runs with a selective catalytic reduction which injects DEF into the engine’s exhaust system.

The DEF typically initiates a chemical reaction that causes the conversion of harmful nitrogen oxide to harmless nitrogen, carbon dioxide, and water.

While many may argue this compound complicates the emission process, they improve the vehicle’s fuel economy.

What Are the Major LML Duramax Problems?

While LML Duramax might be plagued with a couple of problems, the buzzkill is the CP4.2 injection pump.

The problems associated with the LML Duramax aren’t intractable and can be fixed with the solutions we will show you in this section.  Let’s begin by laying out the problems bit by bit.

Call it whatever you would, but Duramax’s upgrade of Bosch 3.0 to its modern CP4.2 is an incredibly essential feat. The rail pressure was also raised to 30,000psi to handle the engine’s extra power.

The problem with these upgrades?  The pump turned out to flow 20% less fuel than what was obtainable from the previous injection pump model.

The effect was that the CP4.2 could not now handle the additional horsepower without needing an extra lift pump.

Also, the weak point of the CP4.2 wasn’t even the additional power; it was the bad fuel.

Moreover, the fuel pump uses two piston-like components and requires only diesel to stay lubricated.  Diesel fuel is susceptible to dirt, water, and other contaminants.

Neither water nor dirt can stand in as a good lubricant; if they get into the fuel pump, they can cause the internal components to wear down and cause serious damage.

Once a small shaving is initiated and begins to circulate, a chain reaction is set up, causing the CP4.2 to destroy itself from the internal part while in the process taking the whole fuel out with it.

Small aluminum can also erode inside the pump and circulate throughout the entire fuel delivery system.

Once this happens, the engine’s fuel pump will completely die, and your engine will starve fuel.

It will help if you are looking for symptoms, including cylinder misfires, poor idling and performance, and the P0087 and P0088 engine codes.

The next thing is how LML engine pump failure can be solved.  When your injection pump fails in LML Duramax, Chevrolet suggests you change:

Then finally, clean out the fuel tank, the main line, and the sending unit.  Many LML Duramax users consider the injection pump a time bomb that needs to be swapped out before it breaks.

One of the additions in terms of emission checks was the SCR system.  SCRs require DEF to function properly.

Therefore, the LML Duramax was built to have a different DEF fluid tank that stands apart from the normal fuel tank.

DEF fluids comprise 67.5% water, and the rest are urea.

Due to the water content being high, the fluid is susceptible to freezing.  If the DEF is frozen, it ceases to function properly, so the system has 3 heaters.

When the fluids reach a certain temperature, the sensors notify the glow plug control module to bring the heaters on.

The only way to solve this issue is to replace some or all of the three heaters, except you intend to have the code bypassed.

The engine’s DEF heater is almost useless for LML Duramax users living in warm climates, with a temperature that never drops below freezing point.

If you don’t want to spend up to $500 replacing these heaters, another option is to remove the SCR and DEF systems completely.  Note that this is an illegal move.

DEF and SRC systems are designed to reduce the volume of Nitrogen Oxide entering the atmosphere through exhaust gases.

To be precise, the 2011 LML  has a design fault that makes them lose its calibration with the vehicle’s ECM.

Faulty sensor results in the delivery of the notification, “poor DEF quality” This notification will offer you a couple of miles to take care of this problem, after which your vehicle will go into limp mode.

So, how can one solve the NOx sensor failure problem?  You should first know that they aren’t responsible for measuring DEF quality.

So receiving this notification suction and replacing the DEF fluid wouldn’t solve the problem.  It would help if you took your truck to a dealer or an individual with the software that can correct the issue.

A common trend with the LML happens to be a problematic DEF system.  This was a new technology, however, and was bound to have its quirks.

The DEF was built to have a pump that relays DEF fluids to the SCR system from the reservoir.

Arise, problem with this fluid pump is that it is prone to fail due to wear and tear and contaminants in the fluid.

The failure of the pump means no fluid gets to the SCR system.

Moreover, this causes NOx reduction to cease, and the NOx sensors will relay readings of a similar range.

The result of this is the notification, Bad DEF coming on, which again places the users on a mileage countdown before entering limp mode.

What symptoms should you observe?  As discussed above already, if you have your DEF light illuminating, it’s time to act swiftly.

Bad DEF quality messages should also be taken very seriously.  To solve the problem, replacement of the pump or delete the DEF system.

How Do you Tell if My Duramax is LML?

Determining the kind of Duramax engine you have is a straightforward quest to know the vehicle year model you’re repairing.

The Duramax engine, over the years, evolved from the initial LB7 series to include LLY, LLM, LBZ, LML, and the LP5 series.

The easiest way of identifying which Duramax engine you have is to interpret the VIN# of the vehicle.

For example, 1GCHK29143EXXXXXX stands for LB7.  Bear in mind, however, that while engines have similar functions, the electronics and injectors among the series are different.

The 10th character in the VIN stands for the truck’s model year.  For example, the LB7 model is of the 2003 model year.

Chevrolet encourages users of its truck to call their office if your truck’s eight-digit VIN doesn’t match the description above.

Questions Pop Up In My Mind (FAQs)

Does the type of diesel fuel I use affect my injection pump?

It is recommended you use good diesel fuel.  This is because a bad fuel would cause your fuel injectors to Jack up and make your engine perform poorly.

Also, use a high-quality fuel additive for your diesel fuel.

What DTC codes normally pop up for a bad DEF heater?

If your DEF heater is bad, expect DTC codes like P21DD and P20B8 to knock.

You must replace your heaters or have the code bypassed immediately to stop your engine from entering limp mode.

What should I do if I get a poor DEF quality notification?

Your vehicle ECU usually picks a reading from the first sensor of the NOx and compares what it has with the second sensor reading.

When NOx amounts have not been significantly reduced, the system marks your DEF as faulty.

If you get the “poor DEF quality” notification on your dashboard, you have to resolve it quickly as it places you on a timed mile window, of which, if you fail to meet, your engine relapses itself into limp mode.

The LML Duramax is one of the most modern Duramax engines, and with certain improvements, it has improved performance compared to previous generations.

We have covered in this article common areas where the engine happens to show some flaws.

We hope you find the solution to these problems also useful to be able to use a hitch-free Duramax vehicle.