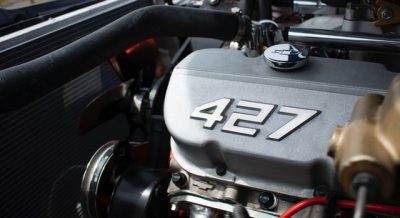 Commonly compared to LBZ, the LMM Duramax came on board in mid-2007 after LBZ was phased out and now become Chevy and GMCs conventional diesel truck engine.

In line with the already established 6.6L power plant, this diesel engine was introduced as a better alternative to meet the increased emissions regulations demands.

“However, besides meeting this demand and satisfying the appetite of lovers of worksite engines, the LMM Duramax has some issues worth looking into. With the DPF system being the biggest pain point, other LMM Duramax problems include leaking transmission lines, low fuel pressure, piston failure, and Alisson 1000 power limitation. The biggest problem, which happens to be the DPF system, is mainly due to the post-injection regeneration design style used.”

So, what’s our take on this engine at the end of the day? Should you give it a try?

We honestly think you should find out in this post LMM Duramax Problems you can cope with. Below, we’ve highlighted some of the LMM Duramax engine flaws. Keep scrolling.

A Brief Overview of LMM Duramax?

The LMM Duramax services Chevy Silverado HD and Sierra HD trucks. Such trucks are equipped with the Duramax 6.6L diesel engine in any of the years between 2007 and 2010.

LMM Duramax is similar to the LBZ in many regards, including the emission device upgrade and a diesel particulate filter.

The engine’s transmission is a 6-Speed Auto Allison 1000; it has 6.6L displacement and an incredible engine weight of 835 Lbs.

The cylinder head is also made of cast aluminum which had already been adopted by Duramax and is a feature most Duramax engines share.

Moreover, this, of course, together with the forged steel the crankshaft is made of, are some typical characteristics of a heavy-duty engine like this Diesel.

The engine oil capacity is 10 quarts like most Duramax engines, and its horsepower stands at a decent 365.

When you have an engine like this warming up under your vehicle’s hood, with a torque output of 660 lb-ft, you honestly have nothing else, save the design problems, to complain of.

What Year of LMM Duramax is Best?

Many GMC truck fans agree that a newbie can get a great deal if he goes for a Duramax truck between 2011 and 2022.

However, since our focus is on LMM with a production that dates back to 2007, we want to be sure we have carefully considered our recommendation, which is why after examining all the models produced between these years.

The 2010 LMM Duramax year also seems to be the best diesel engine for any truck that has it fitted.

The 2010 Duramax has certain nice features that make it not just perfect for most modern trucks but reliable in terms of performance. Check them out:

What Are the Common LMM Duramax Problems

With diesel emissions standards evolving, the LMM had to introduce a diesel particulate filter (DPF) as some of the adjustments to meet this need.

The DPF is one of the components of the exhaust system and captures and removes diesel particulate that results from the combustion of diesel fuel.

As a user drives the Diesel, the particulates are captured by the DPF, which it stores inside the system.

The second part of the DPF is referred to as active regeneration. At this stage, all the particulates in the DPF are burned away to prevent the system from getting clogged.

What this means, therefore, is that LMM trucks have regeneration cycles that take place every 700 miles. It also happens when the DPF has gathered up to 44 grams of soot.

If it’s cut driving, the exhaust fails to get hot enough for a full regeneration process.

Therefore, these LMM diesel engines suffer from too much regeneration. This initiates the PDF and other engine problems.

Fortunately, most of the DPF problems can be handled by cleaning the system or replacing it. The downside is that replacing a DPF is quite expensive.

So, How do you prevent DPF failure?

The DPF system is complicated; nonetheless, most problems boil down to the system undergoing excessive regeneration or cut-off.

These problems can be avoided if you ply your LMM Duramax on the highway well enough.

You also have to be cautious that you don’t interrupt the regeneration process.

You can also use a fuel additive like AMSOIL Diesel Concentrate to assist in cleaner fuel combustion and reduce the build-up of particulates.

This problem is very similar to the LBZ transmission problem. The LMM transmission line is highly prone to leakage. It circulates coolants in the entire transmission to prevent overheating.

When you have a leaking line, the coolant runs low on the transmission, resulting in overheating. This can cause serious harm to the internal components.

First, fluids most commonly leak when the engine is cold, or they are cold outside.

However, it gets so bad that initial leaks now become consistent, putting the engine at risk of running low on coolant. Some symptoms of leaking transmission lines are:

Is there a solution to LMM transmission leaks? Yes, of course. If your truck no longer has a warranty, your best shot table fixing the leaking transmission is to upgrade it to aftermarket cooling lines.

Remember, though, that upgraded lines may be a little headache to install since their design materials are less flexible than the OEM lines.

However, the benefit is that these upgraded ones are leak-proof, making them a worthy investment.

This problem is not precisely very common with LMM Duramax but still is worthy of mention.

This engine code most commonly occurs in summer when the weather is how and a user is towing heavily with high-mileage trucks.

If your truck’s power seems to be dropping and a P0087 code is popping up, the most common cause is fuel pumps or fuel injectors.

These two parts would undergo wear and tear throughout use, which normally reduces fuel rail pressure.

Injectors can become clogged, or there could be a weakening of the fuel pump.

As stated earlier, this is most common when a user is towing heavy, coupled with hot weather. This is because the engine works harder, causing more fuel to be expended.

So to the question, how do I know my Duramax fuel rail pressure is low? Here is your answer:

Replacement options? Yes. The first way to diagnose the culprit is to inspect and replace the fuel filter. As stated above, it is most commonly due to issues with the injectors or pump.

Prevention that works is installing a lift pump to reduce the stress extended on the CP3 injector pump. Another helpful option is to add an ECM tune. An EFI live tune will perfectly suffice.

Besides its reliability, this is one of the limitations that the LMM Duramax suffers.

If the LMM Duramax you’re driving is the stock type and you don’t want to modify it, you can ignore this problem. Stock LMM engines barely have piston or crankshaft issues.

However, if you’re power hungry and want to squeeze the last drop out of your LMM Duramax engine, you should know that this engine is prone to crankshaft and piston failure when hitting high horsepower.

Look out for the 600whp mark. That’s when it becomes a real pain in the ass.

You’ll notice a similar problem with LBZ, which isn’t too much of a surprise, given that both engines have a lot of similarities.

How Reliable is LMM Duramax?

In terms of reliability, again, the LMM Duramax is similar to the LBZ Duramax.

Besides its DPF problems which is its hotspot for flaws and may cost you a few thousand dollars for emission repairs, the LMM Duramax performs excellently well.

Note, however, that the DPF system can be removed, but doing so is illegal since you’re stirring the engine of its emission check parameter.

Without the engine DPF and updated transmission lines, you would most likely stay free from many costly repairs on your LMM.

As with everything that ages, expect to use some general maintenance tools once you’ve exceeded the 150,000 miles mark. At this point, expect to take care of things like the water, injector, and fuel pump.

How Long will an LMM Duramax Last?

However, there have been cases where some Duramax engines surpassed this and even reached the 500,000-mile mark. This exceptionality is also what LMM Duramax shares.

Does LMM Duramax Have DEF?

Duramax is a diesel engine that keeps improving, especially towards having less and less gas emission.

Its environmental friendliness is reflected in its use of the latest emission technology, and GM engineers seeking better ways to reduce this emission employed a selective catalytic reduction system that uses Direct Exhaust Fluid(DEF).

The SRC is an after-treatment system treating the engine’s exhaust after combustion. LMM Duramax, however, is missing in this emission technology, understandably so.

It uses a DPF system as its exhaust emission reduction and control system; hence that makes up for the absence of DEF, which performs fairly the same duty, only in a different mechanical procedure.

The Duramax diesel engine is truly a marvel in heavy-duty operation. It is deployed extensively across different areas, ranging from farming and construction to other industrial uses.

Hence, it gets its fair share of the attention in the world of trucks and big engines.

Of course, for a high number like this, expect to put in a lot of maintenance and maybe, in some cases, a few upgrades.

Delete kits are a way to go if you’re interested in adding about 150HP with an output average of 5MPG extra fuel mileage from an LMM Duramax.

If you don’t care about emissions, then this additional HP would cost deleting the DPF and EGR from your truck.

Taking off these highly-restrictive systems allows your truck to have easier breathing and function more efficiently. Let’s briefly examine some delete kits you need for your LMM Duramax.

Here’s the code to break if you’re still lost – DPF tuners increase performance, the delete pipes help you remove the function of a filter completely, and an EGR delete kit are parts you’ll need to carry out the delete.

What is the towing capacity of LMM Duramax?

The towing capacity of LMM Duramax varies according to cab configuration, year, and a few more factors.

For rear-wheel-drive trucks, you may have a slightly higher towing capacity. The maximum tow capacity for LMM Duramax is 13,000 lbs.

Does LMM Duramax use direct injection for its engine?

Yes, the LMM Duramax, like many other Duramax engines, uses a direct injection model to get fuel into the engine. It uses a high-pressure common-rail matched with Bosch CP3 injection pumps.

What is the torque output of an LMM Duramax?

The torque output of the LMM Duramax is 660 lb/ft, which stands at an impressive figure.

Matched with a horsepower of 365, a user can have the LMM Duramax towing for hours without expecting a sudden breakdown, except for an underlying issue that needs repair.

How to Fix fuel Sensor of LMM Duramax(Video)

Now that we have shown you the flaws of the LMM Duramax, are you still interested in making a purchase?

Why it’s pretty tempting to say that’s up to you, we strongly believe the engine is reliable and can serve your needs.

If you’re still unsatisfied with what comes with these issues, you can schedule to have it tuned.

The last section lists the tuning tools you need for your LMM Duramax. We hope that helps too. Good luck!