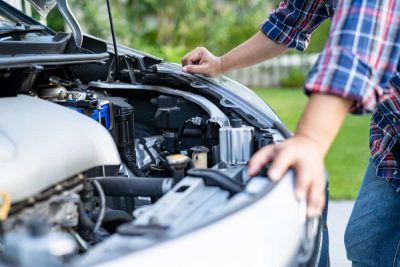 The Chevy Equinox model of Chevy automobiles is one of those cars that use variable valve timing (VVT) as a design component.

A Diagnostic Trouble Code (DTC) P0013 chevy equinox is an OBD-II code triggered when there is an issue with the Variable Valve Timing components of the car.

“It is often common for a bad VVT solenoid or its entire control unit to be faulty, and problems with the PCM trigger this code. This code is also expected to come up when you have contaminated engine oil.”

In this post, we will be looking at some of the symptoms you should be looking for.

It points to the p0013 code and how to diagnose the code, which seems to be a crucial part of the conversation, and what keeps many Chevy Equinox users worried. Keep reading.

The Chevy Equinox uses, for the sake of engine fine-tuning, an electronic circuit that enables optimal engine performance.

It relies on a relay from the camshaft position sensor to open and close the vehicle’s engine intake and the valves via actuators, enabling it to maximize power output and fuel efficiency.

You’re bound to experience better fuel economy with a healthy operation than with just the regular camshaft.

However, if the sensors are dysfunctional, or your vehicle’s ECU senses that erroneous readings are coming from the camshaft position sensor, it’ll cause your check engine light to come on, and you will get a P0013 code.

For the P0014 code, it’s simply signaling to you where there’s an error.

The part of the engine housing the first cylinder is “Bank 1”. Position B is simply an exhaust camshaft found in the engine’s right or rear of the driver’s perspective.

The error code states that the engine’s camshaft is over-advancing. This means it has exceeded the threshold set by the Engine Control Module.

This often happens while it is advancing or slowing down the camshaft timing.

Regardless of how mild they are, engine issues are not things to keep unattended. This is because their being unresolved can lead to other faults that could create serious problems over time.

A P0013 code may seem like a not-so-serious bug at first, but if it stays unresolved, it makes your car unreliable to drive. Initially, driving short miles may not be a problem.

However, you wouldn’t be riding safely if you intend to cover wide distances with the P0013 engine code.

Auto-technicians largely assume the P0013 code to be a moderate problem. This means it isn’t something to panic about once it comes on immediately.

This doesn’t suggest that driving with the code doesn’t come with hazards and setbacks. If you aren’t leaving the error code unresolved, expect to experience the following:

If you keep driving with this issue, your PCM may start malfunctioning in no distant time.

Early detection of the problem reduces your engine’s chances of being permanently damaged. Here are some crucial signs to watch out for:

Do you often experience some difficulty starting your vehicle? There could be several reasons for this, one of which is a failing camshaft.

To ensure the problem is coming from the camshaft, you would have to listen to clicking sounds while turning the ignition key.

The vehicle may also be ignited, but it turns itself off again after a while. If you fail to fix this problem, the vehicle may fail to start.

If you have an optimally functional engine, camshaft actuators are meant to optimize glue efficiency and timing.

So it isn’t a surprise that the fuel economy will greatly be affected if there’s a fault around this area.

While you might not notice a significant rise in fuel consumption immediately, if you fail to address the issue, there’ll be an onset of a decrease in fuel economy.

If your car’s ECU fails to adjust intake timing and exhaust timing, it won’t be able to get sufficient power for every engine rotation.

This puts pressure on your engine to work harder to get the same results. This effect is decreased acceleration and a significant drop in engine power.

The issue with the camshaft can also result in a drought ride. This is because the engine now receives an imbalanced fuel/air mixture.

Thus, you notice your vehicle shaking, more smoke from the exhaust, or the engine making a louder noise than it normally would.

This is similar to starting issues, as your vehicle may exhibit troubling idling or stall randomly in worst-case scenarios. This happens more frequently at lower speeds.

01. Too much engine oil sludge

If your engine’s oil sludge is too much, it can cause the P0013 code to be triggered. This happens because the sludge tends to build up gradually.

This then obstructs the oil flowing to the variable valve timing solenoid.

A situation like this will make the engine unable to regulate the camshaft’s oil control valve flow. This causes the check engine light to come on.

Another reason why you could be experiencing code P0013 may be due to your vehicle engine oil being bad or dirty and needing change.

A dirty engine oil could cause your vehicle’s engine to function less efficiently, triggering a check engine light.

To prevent this from happening, you have to regularly change your engine oil and the filter, as recommended by the manufacturer.

In cases where your cat engine fails to start at all or stalls and won’t restart, it’s an indication of a faulty actuator solenoid.

The actuator solenoid has to open and close the engine’s intake valves. When it fails to do this, the engine begins to experience performance issues. As a result, code P0013 is triggered.

This can result from a leak, the oil control valve being faulty, or the oil filter being blocked altogether.

The ECM is the digital signaling unit of your car. It’s the car computer. If you’re getting a  P0013 code, it’s most likely due to a faulty ECU.

Two culprits to blame for this – wiring issues or the ECM not getting enough power.

Your P0013 code could be triggered if any fuse in your vehicle is blown. It may also result from a problem with the wiring in the vehicle’s accessory.

To be sure of this, you have to check the fuse and the connections in the wiring. If they are, for the code to go away, you need to fix them.

If you have a broken camshaft sensor, it wouldn’t be a surprise if you’re troubled with the P0013 code.

At other times, a faulty camshaft sensor may also trigger engine misfires, stalling, or rough idling. If you suspect your camshaft sensor is the problem, you need to check the sensor to find out.

The common sign for this is a ticking sound. If this kind of noise bugs you, it’s high time you examined your timing components, as they’ll trigger the code to pop.

Timing components include the chain, camshaft, timing belts, and crankshaft. They all work to keep your vehicle engine running smoothly.

The first step to fixing the P0013 code is diagnosing the code. This is a more reliable approach. To diagnose the code, you need OB2 scanners and a few other tools listed below:

Remove the engine compartments to enable you to gain access to the actuator solenoid. The next thing to do is check for an open or short wiring issue.

This usually comes from the oil control valve. Note that it’s important to always clear and have the system rest each time you repair.

Check your engine oil level and viscosity. Make sure you’re using the right engine oil for your Chevy and that the oil is still usable.

If the viscosity is not the right for your engine, or the oil seems dirty, you need to change it. You also need to check the oil level.

You need to fill it to the right level if it’s low. Again, clear the codes now, take a test drive, and watch to see if the codes return.

Look at the OCV valve. The OCV valve can get stuck or open. Diagnosing this requires a digital multimeter. This enables you to measure the terminal resistance of the camshaft oil control.

Typically expect a result between 6.9 – 7.9 ohms. The precise cat reading can be found on the car manual. If the readings don’t match, you have a faulty OCV that needs replacement.

If you’re still getting the code when everything is normal, it means you have a defective PCM.

PCM failures are, however, rare, and replacing them requires reprogramming. It may even require crankshaft and camshaft sensor replacement.

The code may take some time to return. In this case, your vehicle is bugged by a recurring fault. On very bad days, this intermittent fault may prove difficult to diagnose.

To fix it, you need to disconnect the connector from whichever sensor is bad, then study the reference voltage and the ground.

If you cannot detect ground or voltage, have the connector disconnected and test the circuits.

How Much Does a Camshaft Cost for a Chevy Equinox?

It would cost you, on average, between $369 and $500 to replace the Chevy equinox engine camshaft. Bear in mind, however, that taxes and fees are not inclusive of this range.

It doesn’t factor in your specific car model and year, as the precise cost would depend on the car’s year of production.

It is highly recommended that you use the factory-approved brake fluid while repairing the camshaft, rather than mixing random brake fluids.

You would also know if your camshaft needs replacement when the timing belts begin to fail.

Why did my camshaft solenoid go bad?

A couple of things can make your vehicle’s camshaft solenoid go bad. The most common one is the splendid failing to open and close properly.

This results in engine damage. Another reason could be leaking solenoid valves that cause oil to leak out and damage the engine.

Can a faulty camshaft lead to knocking?

A few things can cause knocking. One of the causes is a faulty camshaft. If the camshaft is bad, it makes closing the valves almost impossible.

This may cause pressure to build up in the engine and, consequently, knocking.

Yes, if your engine’s oil level is low, it can cause P0013. It would help to examine the oil gauge using a dipstick once you notice p0013 error code symptoms.

P0013 error code should be avoided at all costs, as it is not healthy for your car. It is a pointer to an impending risk.

If you notice that the variable valve timing has begun to misbehave, you’re dealing with a mechanical fault.

You must diagnose the fault using the procedure we have laid out here and consult your mechanic if the repair expertise isn’t within your reach.