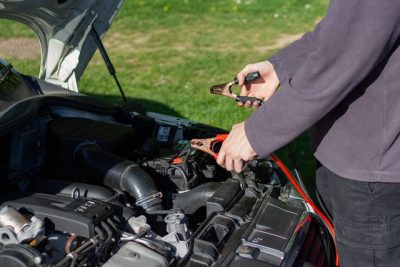 One common issue a few Chevy Tahoe users face is the P0449 code. This trouble code deals with the vehicle’s emissions system and is a reference number you get when you plug in your OBD-II scanner. This trouble code is also related to other ones like P0420, P0440, and P0446.

If you’re concerned with knowing you have a P0449 chevy Tahoe code problem, the most noticeable signs are the smell of gas and the notification service, “service engine soon.” There’ll also be a drop in fuel economy, even though this isn’t consistently typical with the problem.

The smell of fuel in the fuel tank region seems to be an easily noticeable sign.

EVAP systems work directly with fuel vapors; hence, if these fuel vapors are leaking from the engine, you’ll perceive them when you get close. In this post, we’ve highlighted some causes of the P0499 trouble code.

The P0449 trouble code is one engine code that doesn’t display any other symptoms besides the notification and check engine light.

Occasionally, you’ll experience fuel odor in addition to the code P0499. This, however, depends on the precise cause of your engine code.

It is typical, though, not to notice anything besides the check engine light.

However, it would help if you remembered that codes related to emissions would most likely make you fail an emission test.

So, if you live in a country or region where you’re required to pass emission tests, you’ll need to fix this check engine light to keep driving. Here are common symptoms associated with the P0449 code:

Many things can trigger the P0449 trouble code in your Chevy Tahoe. Below are the most common problems:

If your fuel cap is bad, it can cause the code to appear. When this is the case, you’ll often get notifications telling you that the engine’s fuel cap is off, even when it isn’t.

In addition to the P0449 code, replacing the fuel cap may save you a ton of money.

This is another common cause of the P0449 code. The vapor canister purge valve, fortunately, is pretty easy to replace.

The steps to remove a vapor canister is pretty DIY-based and straightforward. You need to ensure first that the valve is the problem before proceeding to have it changed.

Sometimes, the fuse wiring can break, thereby cutting the connection to the valve. Once this happens, expect the P0499 code to surface.

The EVAP system hose is the hose that transports the fuel vapor to the intake manifold from the fuel tank to make it go bad and begin to leak.

This will trigger the P0449 code. You can spot this by looking for a tear or hole along with the hose. This is one of the major causes of the P0449 trouble code.

Sometimes, you could experience the gasket connected to the fuel sending unit to the engine’s fuel tank going bad. This can reduce gas pressure, causing the code to surface.

In your Chevy Tahoe, there is a gasket where the gas tank connects to the neck of the fuel filler. The gasket can get dry, especially if you’re in a dry climate most of the time. When this happens, the fuel tank would fail to hold pressure and may trigger the P0449 code.

The purge valve, sometimes referred to as the canister purge valve plays an important role in controlling the flow of fuel vapors via opening and closing.

This regulates the amount of fuel injected into the engine.

Purge valves could trigger the P0049 and cause misfiring when they fail to open at the right interval, causing the charcoal canister to take up excess fuel vapor.

When your car engine cylinders become flooded by the fuel vapor, it will make the combustion cycle work abnormally, which involves air and fuel mixture. This then results in misfiring.

To fix the P0449 error code, you would need to diagnose the code first. Here is a guide on how that can be done. Note, however, that the process is best carried out by a mechanic, who does the following:

Carrying out the diagnostic test above is the first step a mechanic adopts in fixing the error code. However, some common mistakes are often made when carrying out this.

This largely has to do with mistakes made when the steps are not adhered to or executed.

Hence, all components need to be tested thoroughly to ensure they’re operating properly before they’re placed. This is done to ensure that perfectly functioning parts are not replaced when they shouldn’t.

Here are some components that may need to be replaced to fix the P0049 error code in your Chevy Tahoe:

The gas cap is a vital component of the engine vehicle and can be replaced with the steps highlighted below.

Now consider changing the EVAP line by following the steps below to find to repair a leaking EVAP.

The next thing to look at is a faulty wiring or electrical connection:

Sometimes, diagnosing this could be difficult, as many users barely even suspect the wiring in the car. Also, most of the time, this fire is usually a result of a minor disconnect in the wiring system.

You need to get a mechanic to trace this disconnection and replace the wiring if there’s a breach somewhere.

Then lastly, the ECU:

Don’t be in a hurry to replace your ECM. There are a few things you should consider before replacing your ECM. Firstly, make sure to run a diagnostic test.

This will tell you if it’s necessary to replace your ECU or not. You also have to find out what precisely caused your ECU to die.

Essentially, this requires finding out what factors affected its performance, then getting a technician to guide you.

Suppose you take your Chevy Tahoe to a repair shop. Most of the time will be spent trying to diagnose the specific problem with the car.

This is popularly called the diag time. Depending on the shop’s labor rate, it typically costs between $70 – $150.

Most repair shops will add this diagnosis fee to the price of replacing any part that may be faulty. This is where your P0449 code problem’s accurate cost will be drawn from.

Bear in mind, though, that how much you’ll be spending for a P0449 error code fix would depend on what component of the vehicle he is responsible for the fault.

Certain pasts gulp more money than others. For example, changing the vehicle ECU would cost more than carrying out a rewiring on a breach.

While this error code may not significantly impact your car’s driving, the code needs to be fixed as soon as possible.

This is because the car in this state is environmentally harmful due to the emissions of large volumes of gases, which are even detrimental to your health when inhaled.

With this code, you would also fail any emission test you carry out and may have difficulty with state laws requiring you to drive emission-free vehicles.

How does my EVAP system work?

The EVAP system typically consists of valves, hoses, and charcoal canisters. They all function collectively to prevent the release of vapor into the atmosphere.

This works by having the vapor pass through the charcoal canister and then pass into the intake airflow, which is the point where they are burned in the engine.

P0449 is an emission control error code that will cause your vehicle to fail an OBD2 emission test when subjected to one.

Besides failing the emission test, another thing that seems problematic to many drivers is the fuel odor that makes the car very uncomfortable to drive in.

This code doesn’t interfere with the normal operation of your vehicle but needs to be fixed as soon as they come on.

Nonetheless, you can run a diagnostic test yourself if you’re skilled in this area and have a scanner and other tools needed to complete the process.

All you have to do is ensure the steps are completed and carried out efficiently.

Having highlighted the possible causes of the error code P0499 in your Chevy Tahoe, you must have your vehicle driven to a mechanic store to carry out a proper diagnosis and repair the component that may be the cause.

As a warning note, do not attempt to replace any part of the engine if you do not have the expertise needed for that, as this could expose your engine to more severe problems. Have a great ride time!